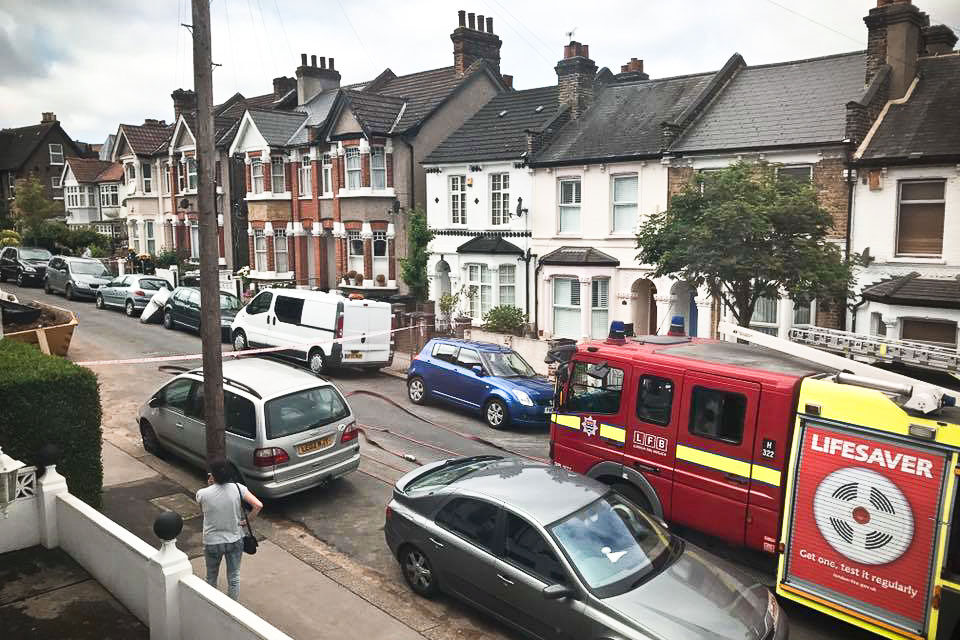 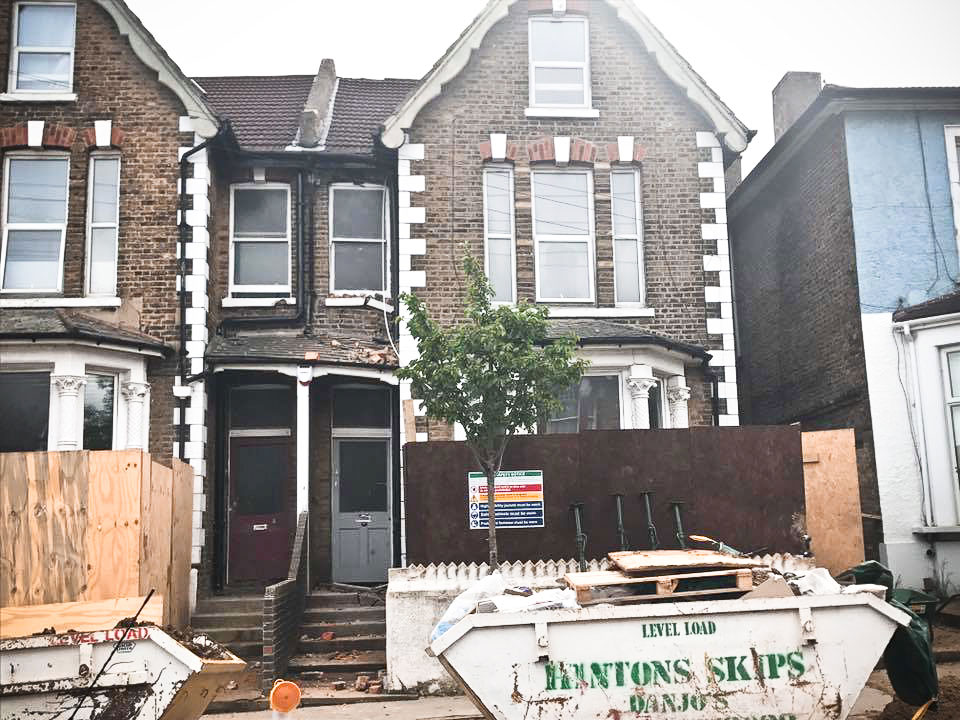 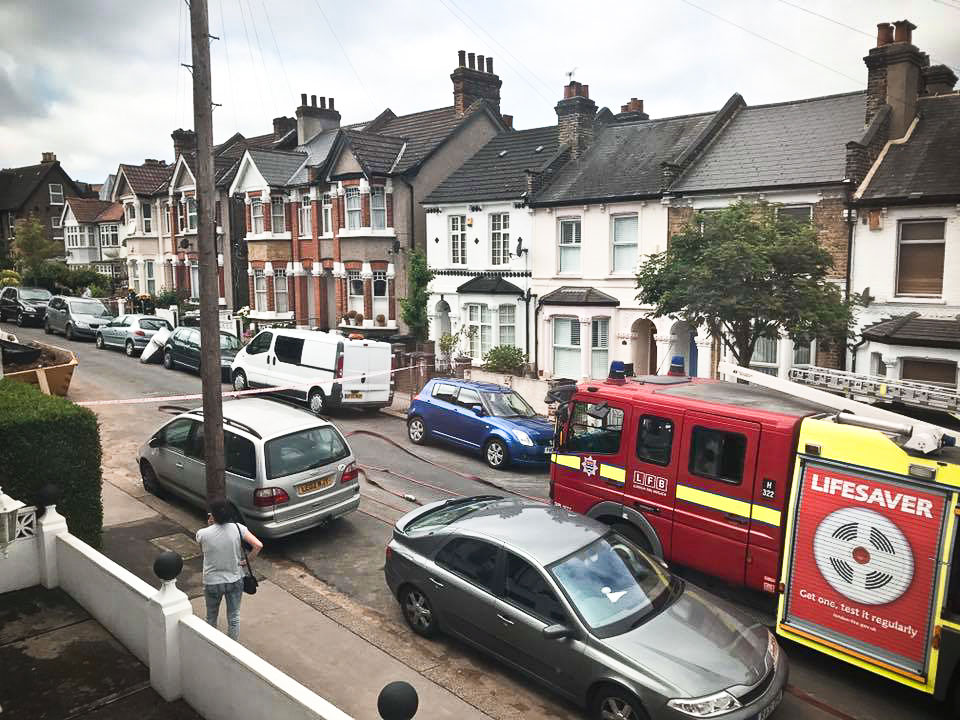 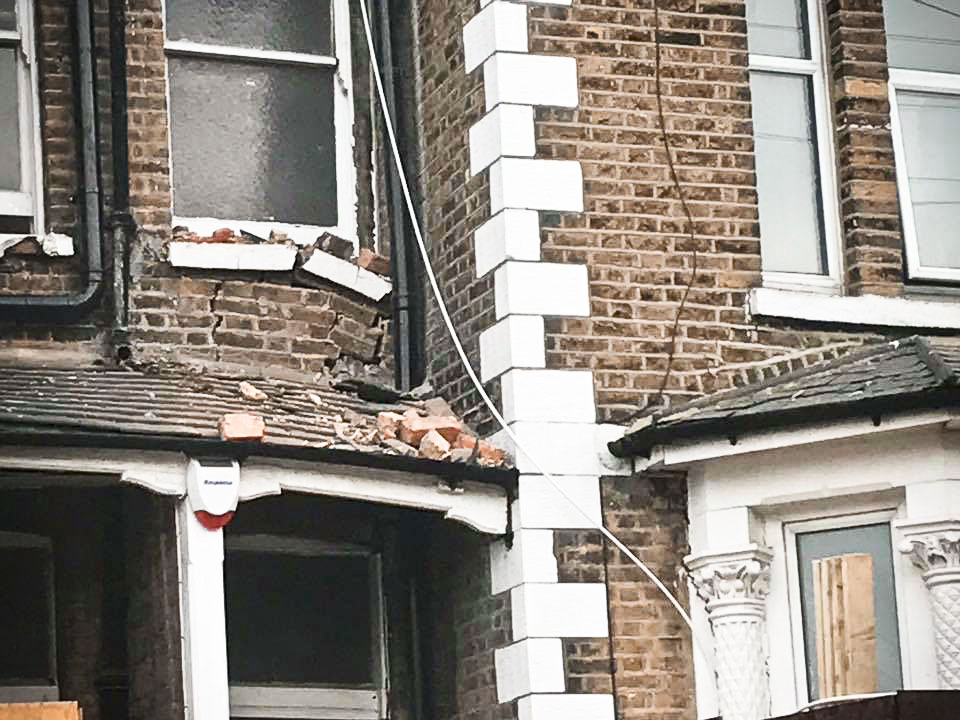 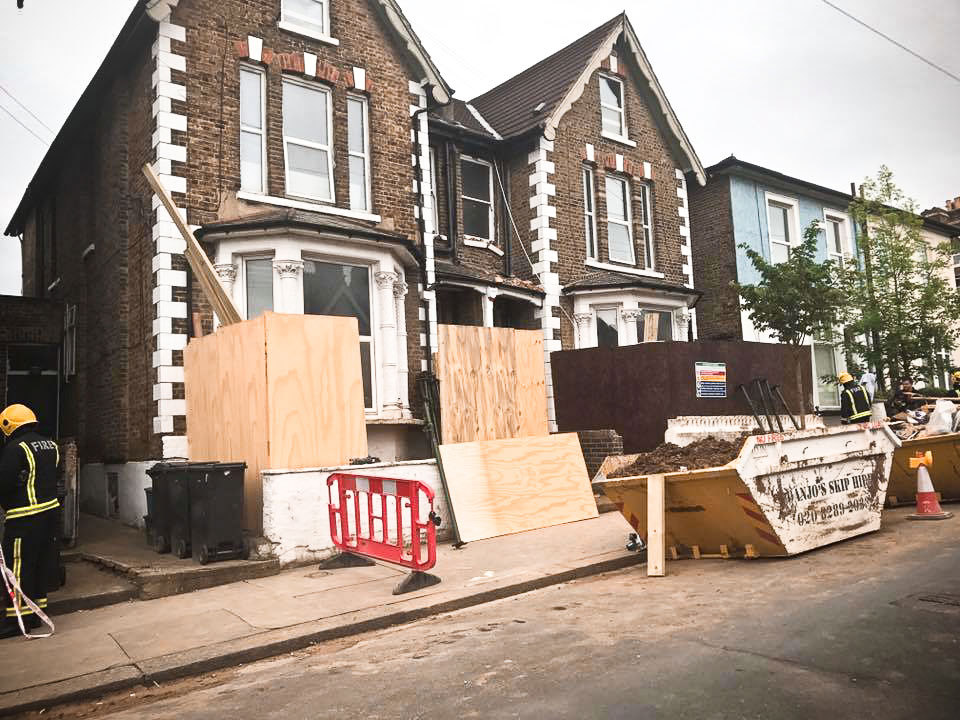 A house where the basement was excavated before any planning permission had been granted may now not need to be demolished after the building on Manchester Road began to collapse.

A  meeting is being held on Wednesday, May 24, at 7pm at St Paul’s Church to discuss the situation involving the development at NO 6 and NO 8 Manchester Road.

Residents had to be evacuated and some are still being rehoused in a hotel – by the developer Michael Gerrard – after two period houses under  development started to crack and sag to the right.

Residents had complained for months to Croydon Council about the conversion works going on at 6 and 8 Manchester Road. On Tuesday morning fire officers had to ask residents in neighbouring properties to leave their homes.while they investigated substantial movement at NO 8.

Cracks were clearly visible above the  doors of both properties and later in the day half a dozen lorries turned up with concrete, paid for by the developer, which was poured in to the basement of NO 8 in a bid to stabilise the structure before scaffolding went up on Wednesday.

On the day a quantity surveyor working for the company assured residents that the building would be repaired and wouldn’t need to come down, however subsequently  residents were told that NO8 will be demolished but the latest is that it can be repaired.

The structure is now listed as a dangerous building, meaning it must remain unoccupied until this label is lifted. A team from the council’s dangerous buildings department attended the scene on Thursday to investigate further.

A planning application to convert the two houses in to multi occupancy ‘bedsits’ has been submitted but no permission has been granted. The application is yet to go before Croydon’s planning committee. Dozens of local residents have objected.

A cease and desist order was issued after local resident Mitra Dhajili complained to Cllr Alison Butler, Deputy Leader of the Council and the Cabinet Member for Homes, Regeneration and Planning.

However, work has continued on a daily basis including digging out the basements of both houses.

Croydon Council has said that the developer’s decision to hire their own ‘approved’ building control inspector, rather than using the council’s, was also to blame.

After the meeting, Labour councillor for Bensham Manor Jamie Audsley shared a statement from Alison Butler, the council’s cabinet member for homes, regeneration and planning on Facebook on Wednesday night.

She wrote: “I have just spoken to our team who deal with dangerous structures. The situation is that one of the buildings is currently being stabilised but will probably require demolishing. They have not, at this time, entered the second one. They will be on site again tomorrow (Thursday) to assess and update on the situation.

“As stated before, the developer/contractor had not chosen to use the council’s building control for the development but had employed their own which then restricted the council’s ability to inspect.”

The workers currently on-site are sub contractors working for Developland, a property developer with other HMOs in Croydon. However the planning application was initially in the name of north-London based Investland part of Developland but was then amended to Thornton Heath Properties Ltd.

Even after the structure was listed as dangerous workers continued to fit kitchens and bathrooms at NO6. The workers, had previously been at the site seven days a week and had mattresses and bedding in the back garden of NO8 – showing they clearly also slept at the site as well.

Michael Gerrard, a sales and acquisition director at the firm, said Developland is working with Croydon Council to “make sure the building is put back to what it was” and has been liasing with the council since before the collapse.

He said: “All our work has to be signed off by a structural engineer, who has been doing this for 45 years. This is the first time in that time that something like this has happened, so claims that the work was not up to a professional standard are not true.

“We have many of these HMO (house in multiple occupation) properties in Croydon but, as landlords, we do hold ourselves to a very high standard.”

Mr Gerrard is in the process of setting up a meeting with residents so he can “set the record straight”.

The property developer believes many residents dislike having HMOs on their road – where houses are divided into flats – because they see their area as exclusively for families.

Dozens of local residents had objected to the applications which have now been withdrawn many complained the two properties were being overdeveloped with little consideration for the future occupants or surrounding infrastructure. Each house would have had upwards of six to nine or more occupants, according to Mr Gerrard.

Mr Gerrard has said neither property will be demolished and plans to submit new proposals to the council.

Local councillors and a council officer will also be in attendance. 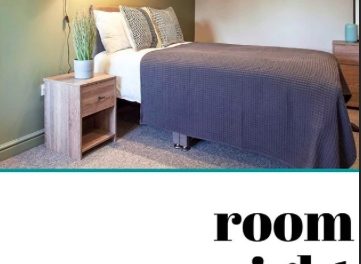 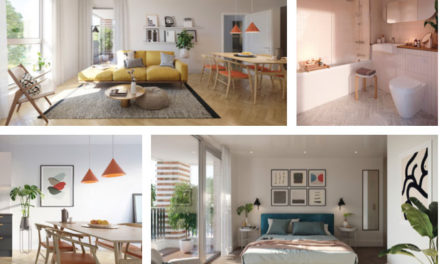 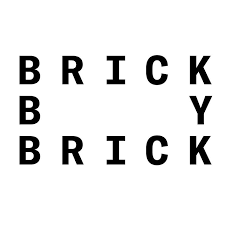 Brick by Brick Affordable Homes Sold in Deal Worth £29m