Two teenagers being treated in hospital for gunshot wounds were shot after a dispute at a barbecue in Thornton Heath.

Police were called to Kensington Avenue to after reports of gunshots being heard in the area at about 3am on Sunday (June 25) but when officers arrived there was no sign of anybody who had been injured.

Shortly after, police were called to a south London hospital after a 16-year-old boy and an 18-year-old man self-presented with gunshot injuries.

Detectives from the Trident and Area Crime Command have been investigating since and the officer leading the case has confirmed the teenagers receiving treatment had been shot in Thornton Heath.

They remain in hospital but their injuries are described as not being life-threatening.

Police have now confirmed that the shooting happened in Willowtree Way, which is just off Kensington Avenue, following a barbecue and house party, during which an argument “got out of hand”.

Detectives are now  looking for CCTV evidence and forensic submissions involving ballistic material found at the scene are underway.

A police cordon was in place around the entrance of Golf Close and Willowtree Way until about 3pm on Sunday.

Officers have been knocking on doors in the neighborhood and sent leaflets locally.

No arrests have been made in connection with the shooting and no firearms have yet been found, police said.

Anyone with information should contact police on 101 or report online at https://www.met.police.uk/report/how-to-report-a-c…

Alternatively Crimestoppers can be contacted anonymously on 0800 555 111 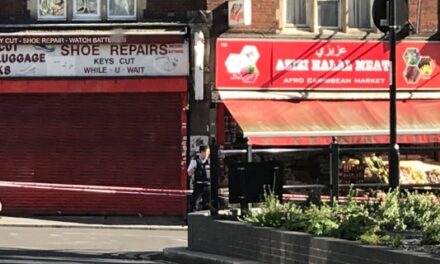 Shop worker slashed across the face