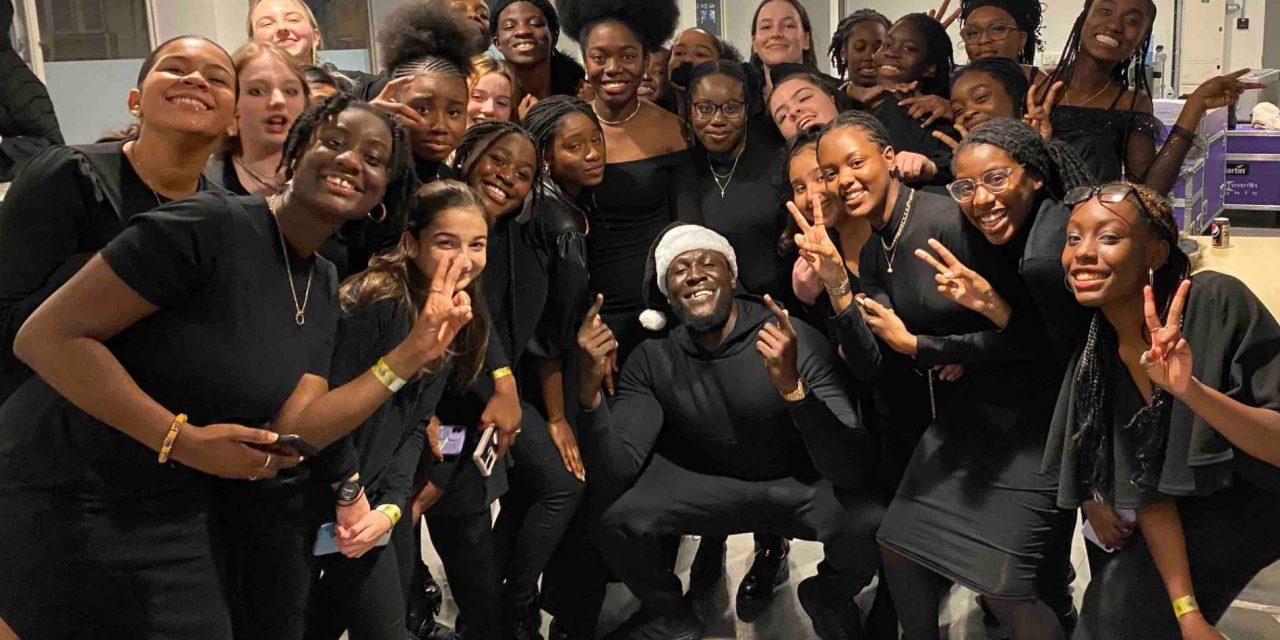 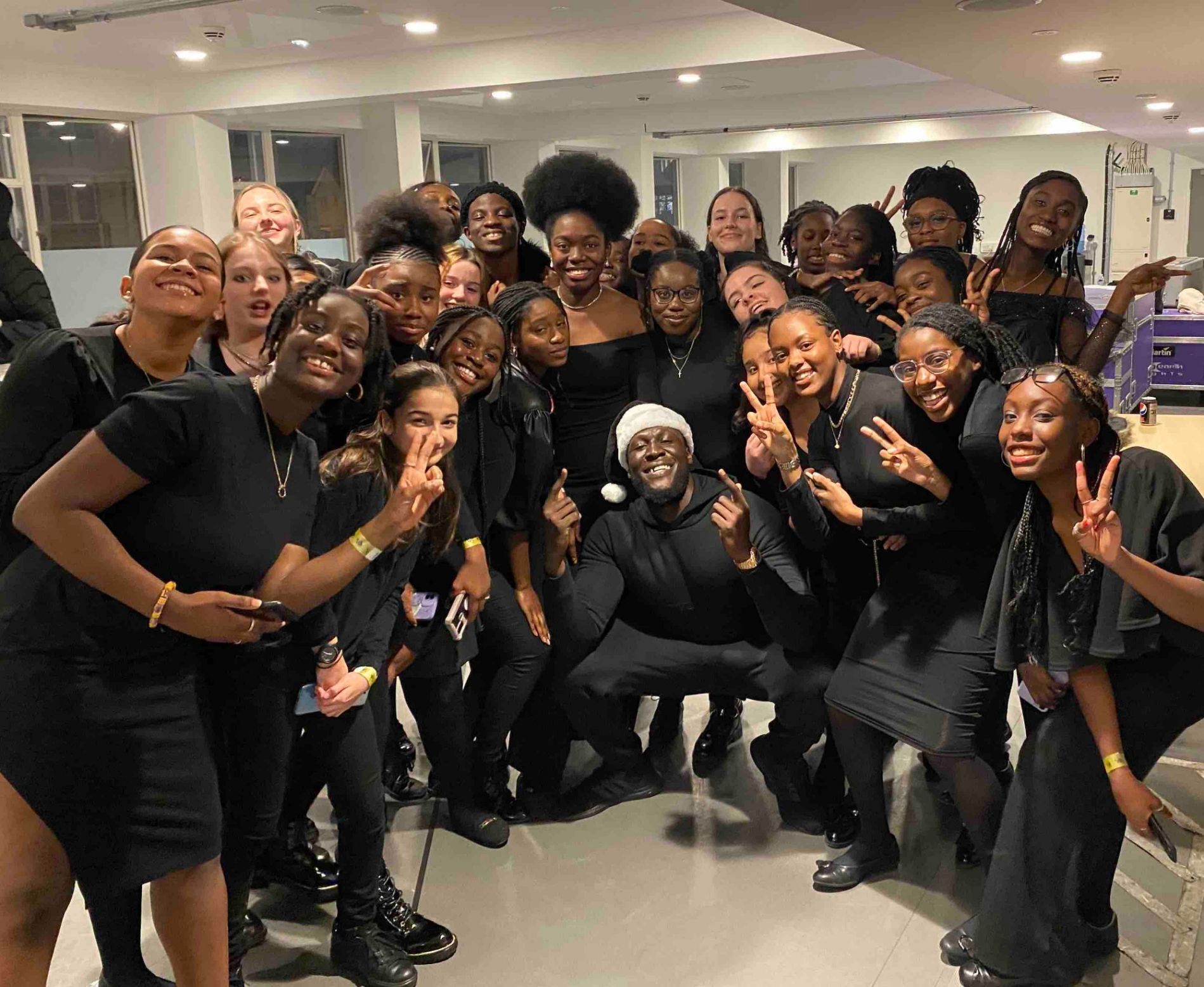 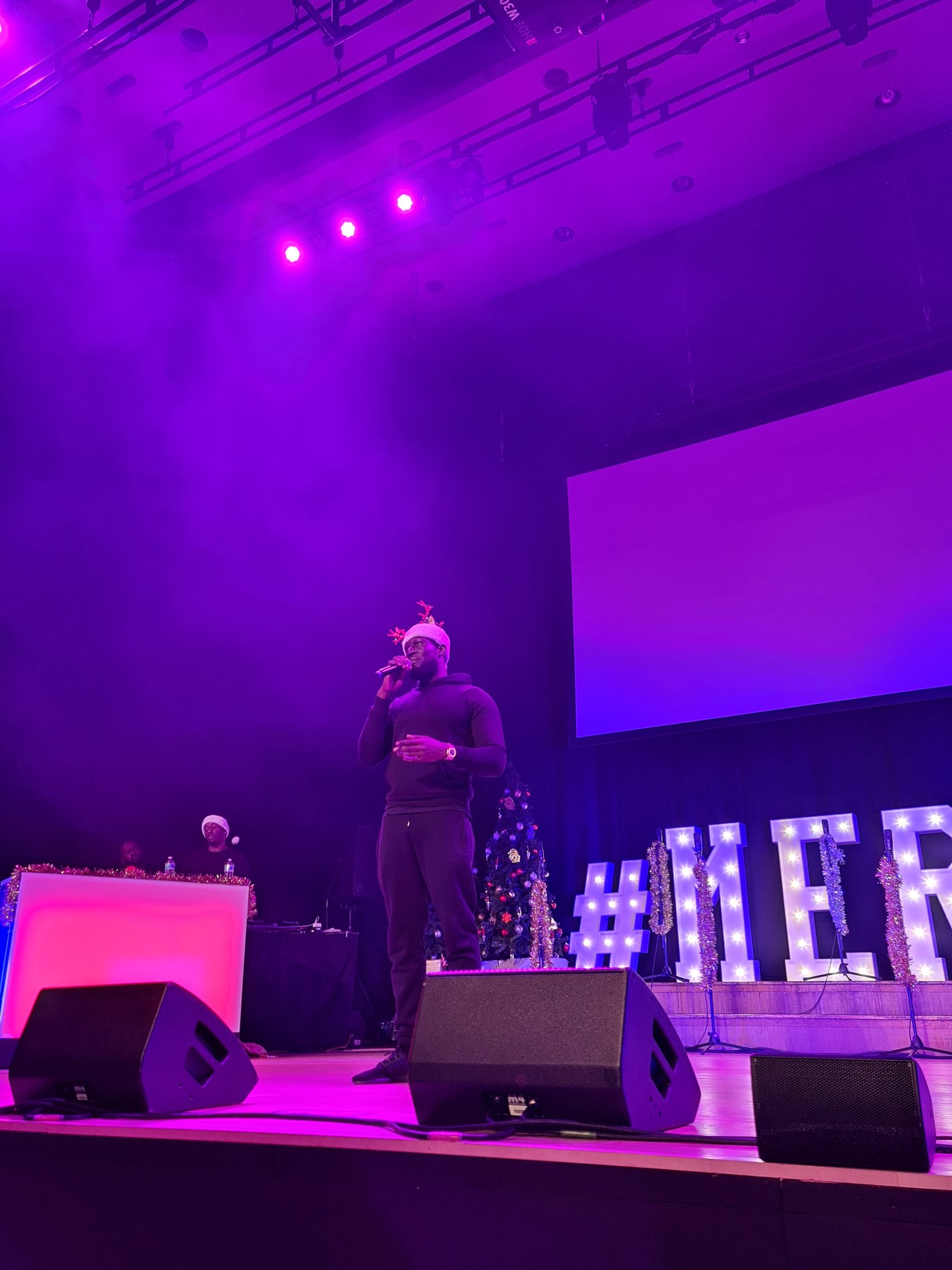 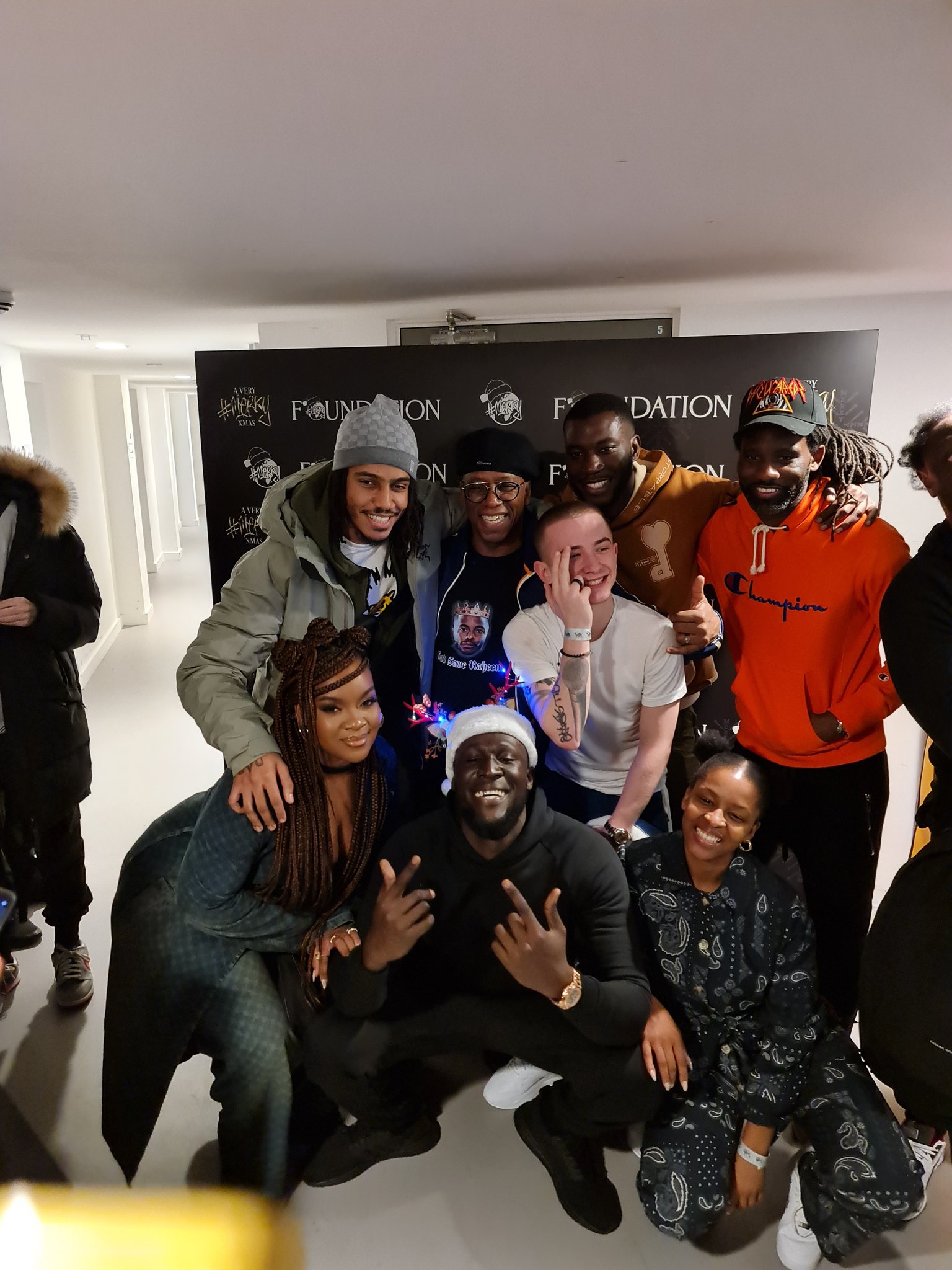 IN A BLACK Santa hat with flashing reindeer ears, Thornton Heath’s own superhero Stormzy threw a  Christmas party for his  home town.

One mum said: “Stormzy is the kindest guy. He is so down to earth and inspiring. He took time to meet everyone and was genuinely pleased to talk to all. He did a prayer at the end for all which brought a tear to my eye.

A Very Merky Christmas, was the first ever Christmas party held by Stormzy’s charity, Merky Foundation, with free tickets available for people from Croydon.

Attendees were treated to games, workshops, a tombola and a performance from the Norbury High School for Girls Celeste choir who sang: Have Yourself a Merry Little Christmas.

Stormzy told The Big Issue: “I used to come to Fairfield Halls when I was in primary school, we’d sit on this stage and do performances. So I said every year, I want to do a day with all the families and all the kids where everyone can leave with good memories.”

The Merky Books team also donated 500 copies of their first children’s book Superheroes: Inspiring Stories Of Secret Strength as part of the event. 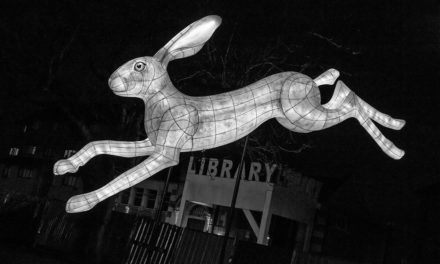 DECISION DUE ON BID FOR BOROUGH OF CULTURE 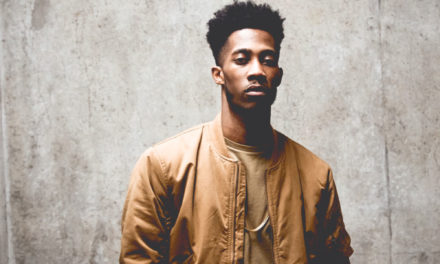 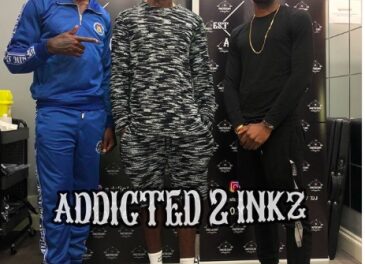 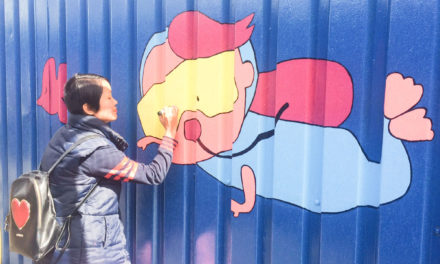