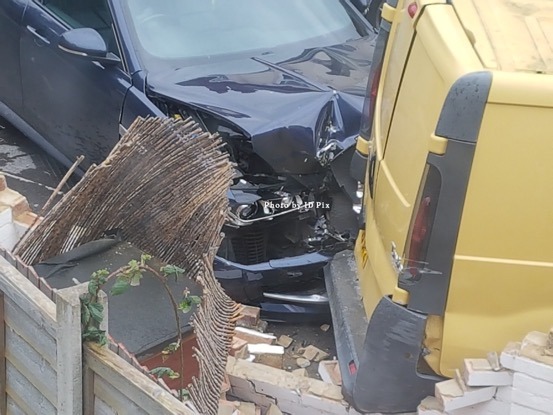 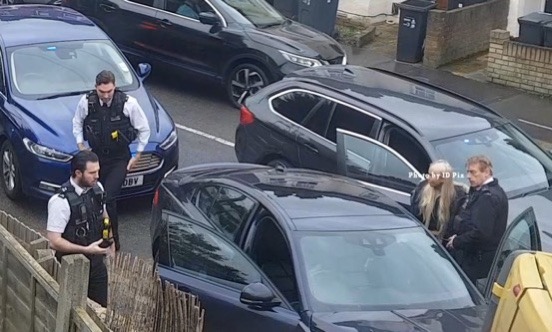 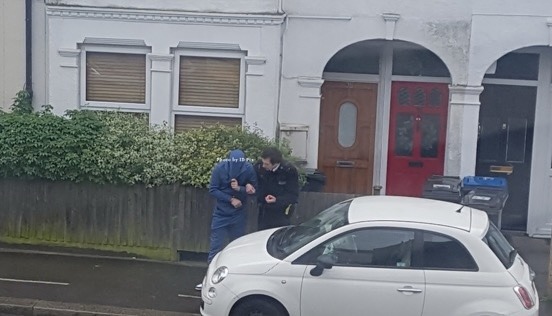 This is the dramatic moment a stolen car which was involved in a police chase crashed in to a stationary van and demolished a wall.

Officers from the Met’s Violent Crime Task Force [VCTF] had indicated for a Jaguar to pull over in Thornton Heath but when the vehicle failed to stop a brief pursuit ensued with the car crashing on Hythe Road on Thursday (March 18) at 4.34pm

The driver of the vehicle attempted to make off on foot  but was detained following a short foot chase (see picture).  His female passenger remained in the vehicle.

Police closed the road off at the junctions with Grange Road and Mersham Road allowing only residents through until 6pm.

A 23-year-old male was arrested on suspicion of aggravated taking and driving away, dangerous driving, driving without a valid driving license or insurance, possession of an offensive weapon and possession with intent to supply a Class B drug.

A 19-year-old female was arrested on suspicion of allowing herself to be carried in a stolen vehicle and possession with intent to supply a Class B drug.

A police spokesman said: “Both were taken to south London police stations and later bailed to return on dates in early April. Enquiries continue.” 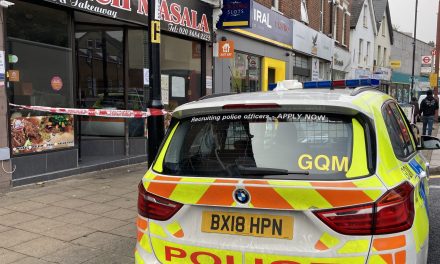 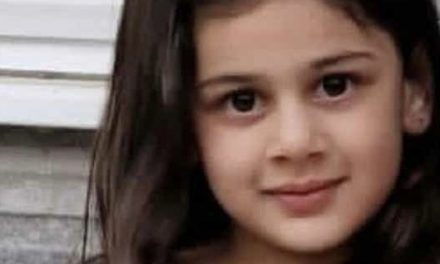