Crystal Palace Football Club has pledged that its new stadium will inject ‘significant’ revenue into the local economy.

At  the pre-planning application committee meeting last month councillor Jamie Audsley got commitment from the club to pay the London Living wage to all employees.

Along with fellow Bensham Manor and Selhurst councillors he championed the need to regenerate the wider area including the three main routes used to access the proposed 34,000 stadium from stations,  including Thornton Heath

The planning application which  could be decided on April 19 could see at least £10million in S106 and Community Interest Levy  spent on improving transport links and pubic open spaces.

In a series of question and answers which can be read in full below Guy Wickett, Crystal Palace development manager, responded to local concerns.

Many of the questions were asked by Les Parry lobbying on behalf of the Wooderson Close residents.

Mr Wickett said: “The new main Stand would generate more than £15million a year in direct and indirect employment. There will be increased investment opportunities for local businesses – around 20 of our suppliers are located in Croydon – and off-site expenditure from increased stadium visits alone is projected to increase by 31 per cent to £12.6m a year.

“So the scheme will inject significant revenue into the local economy and we are confident this will have a broader impact on the local environment.”

On the six houses which are likely to be demolished in Wooderson Close to facilitate the development, five of which are owned by the council, Mr Wickett said:“.. the club has undertaken to meet reasonable costs for relocation.”

On employment, Mr Wickett pledged: “The total number of full-time, part-time and match day jobs at the club will increase by 70 per cent from 983 to 1,667, generating £3.4m in additional wages.

“Around one in four of the club’s permanent staff live in Croydon and 61 per cent live in south London so there will be a strong employment dividend. The club pays the London Living Wage to all full-time employees.”

To comment on the application visit: https://publicaccess2.croydon.gov.uk/ and type in Selhust Park.

1. On Sky The Debate show Steve Parish said CPFC was at 30 per cent of its potential as a club. Parish said the club has developed from just five per cent since his group took over and he won’t rest until Palace are where they should be. Given that comment is there a longer term master plan which would include increasing the stadium capacity to 40,000 or above?

We have lodged a planning application to build a new Main Stand, which will increase the stadium capacity to 34,000.  This is a huge investment of up to £100m and we are very excited about the scheme and the impact it will have – it marks a new chapter for the club and for south London. Itwill transform the match day experience at Selhurst Park and we are focused on ensuring we bring this project to fruition.  There is no long-term master plan at this stage – the focus is on increasing capacity to 34,000 with the new stand.

2. With that in mind how much of the expansion is driven by the club’s profit compared to the fan experience and community benefits?

This will be a massive improvement for fans. We will be able to give them a greatly improved hospitality experience, which we know they want, better facilities and significantly increase the number of General Admission seats. If this was only about maximising profit, it would have been cheaper not to have committed to putting in an additional 5,500 GA seats and focusing more on corporate hospitality. That would have drastically reduced the size, and therefore the cost, of the new stand, increasing profits, but we didn’t even consider it.

3. Will the families whose homes are affected in Wooderson Close be rehoused like for like with all costs met and compensation?

We are working closely with Croydon Council who are landlords of the tenants affected. They will all be rehoused in the borough and the club has undertaken to meet reasonable costs for relocation, once the scheme has received all the necessary approvals and is under way. The Council is sourcing similar properties within the Borough and discussing each tenant’s needs. We know this is a sensitive part of the development and we hope the transition is as smooth as possible for those families affected.

4. How many of the 700 new jobs will be directly employed by CPFC and how many of them will be local people? Will they all be paid a London Living Wage?

The total number of full-time, part-time and match day jobs at the club will increase by 70 per cent from 983 to 1,667, generating £3.4m in additional wages, according to a report by consultants, Regeneris, which has been presented to the council. Around one in four of the club’s permanent staff live in the borough of Croydon and 61 per cent live in south London so there will be a strong employment dividend. The club pays the London Living Wage to all full-time employees. Some part-time staff are employed by agencies. It’s an issue the club is looking to address, going forward.

5.How will crowd control be managed by CPFC from the three Rail Stations and bus routes to Selhurst Park?

We have employed an experienced Highways Consultant, Mott MacDonald, to review the current and proposed fan access to the stadium. They carried out extensive surveys and data gathering around the ground and at the stations. Their findings have been submitted as part of our planning application. We will work to direct fans down agreed routes to the stadium, working closely with the police and local authority, with more camera coverage.

6. Is there a travel plan agreement with TFL? How will current and increased traffic be managed. Will traffic enforcement be provided throughout the area in relation to parking?

We are formulating a detailed Travel Plan, something we have never had before, and will be encouraging more supporters to use public transport. One idea under consideration is to offer discounted travel tickets. Parking controls are also under consideration and we have set targets to reduce the number of supporters using cars to travel to matches. Sustainable travel is at the heart of the plan: ideas being considered include a park and ride scheme, car share matching service, special stadium buses and more cycle park facilities around the stadium.  We will be promoting public transport options and will have discussions about discounts for groups of supporters travelling together.

7. Will there be residential and community involvement in decisions for improving the environment around the stadium?

Yes, the normal planning process allows for this and we are committed to consulting fully with residents. We have held a public consultation over two days and invited residents to view the plans. We are encouraging all residents, including our supporters, to comment on our application on the council’s website and we hope they share our sense of excitement at the opportunity to make a positive impact on the whole community.

8. What funding will be provided by CPFC for the community? For instance, does the club have any control or influence over how the CIL and S106 money is spent by the council locally?

Yes – this will be agreed as part of the planning process, although it will ultimately be a decision for the Council. It is also worth mentioning that the Palace For Life Foundation, which works with more than 9,000 people a year in the borough – almost all of them children and young adults – will also have a new base in the Main Stand. This will enable them to expand their services, which include employment and training courses, physical and mental health programmes and early interventions for young people at risk, and offer an enhanced service to the local community.

9. Does the development factor in the overall match day experience, so improving the sense of arrival and destination from Selhurst, Thornton Heath and South Norwood not just time spent at the stadium?

We are building an iconic new stand, which draws its inspiration from the original Crystal Palace, which was located on Sydenham Hill, and was our home before we moved to Selhurst Park in 1924. We are confident this will be a magnificent landmark, which will give south London a stadium it deserves and give supporters a real sense of occasion when they arrive on match days. But we also think it will be powerful symbol of the regeneration and investment taking place in Croydon, which will make residents proud.

10. When Liverpool extended its ground using the same architects KSS it was part of a larger plan to transform the area around Anfield including building a new school, health centre, and homes. Why as part of the redevelopment wasn’t a plan considered for bringing investment opportunities for also improving the surrounding area rather than just the stadium?

We are building a single stand rather than redeveloping the whole stadium, but we are confident that our plans will have a significant impact on the local area and the local economy. Regeneris has calculated the new main Stand would generate more than £15m a year in direct and indirect employment, additional spend in the local and regional economy and the positive impact on the supply chain. There will be increased investment opportunities for local businesses – around 20 of our suppliers are located in Croydon – and off-site expenditure from increased stadium visits alone is projected to increase by 31% to £12.6m a year. So the scheme will inject significant revenue into the local economy and we are confident this will have a broader impact on the local environment. 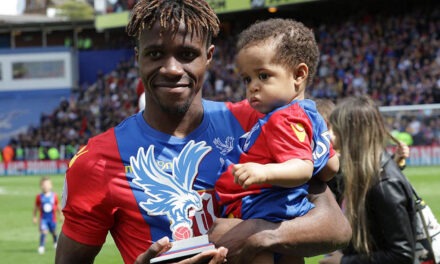 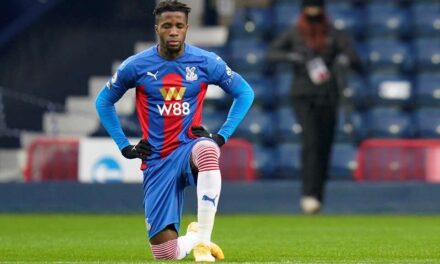 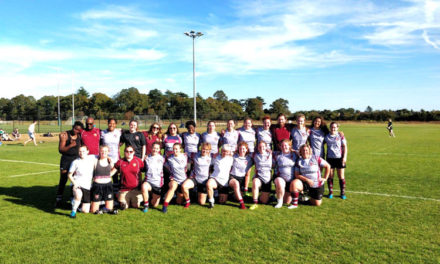