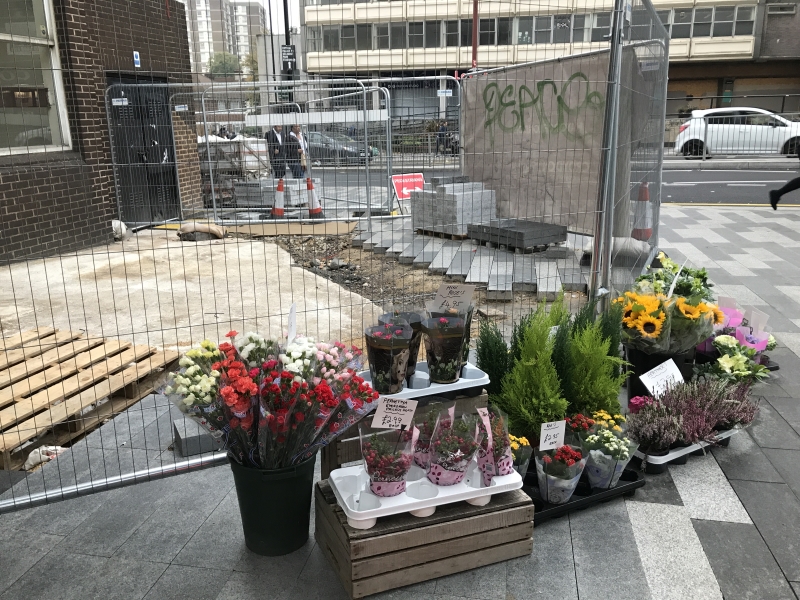 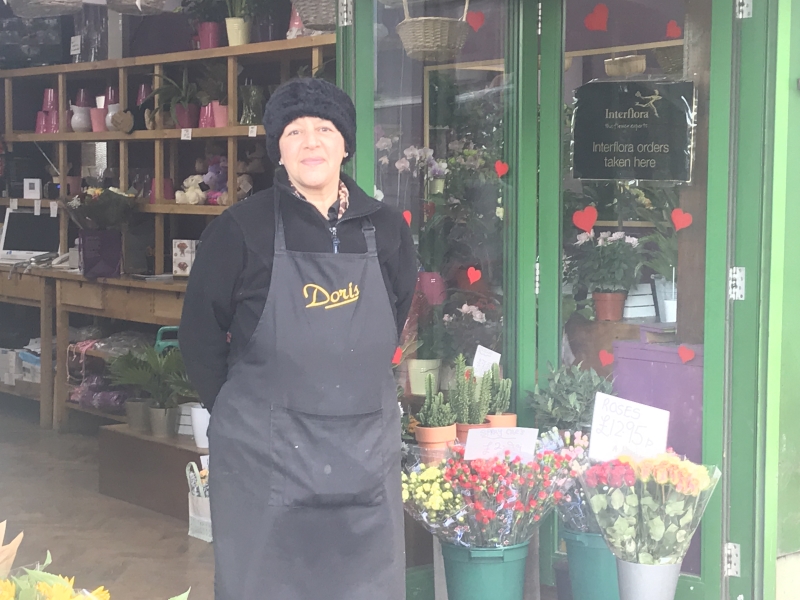 A long established business is facing closure after losing tens of thousands of pounds in sales directly as a result of disruption caused by the public realm works meant to regenerate Thornton Heath High Street.

What should have been the busiest days of the years for Doris Florist – Valentine and Mother’s Day – were a wash out with business down on the previous year by £30,000, revealed owner Mike Hynan.

The shopfront display at Doris Florist is key to attracting customers but was obscured by a metal barrier for months, placed there by contractors working on new paving – and so some customers thought the florist was closed.

Worst still neither Mr Hynan or florist Helen Costi (pictured) were able to get an answer from the council as to when the fence would be removed and paving finished.

Even after urgent concerns were raised at last month’s regeneration steering group about the impact on Doris Florist  it was only after the likely closure of the shop was raised again 10 days later that any action was taken.

Now the council are working with Mr Hynan on a possible compensation package but Helen who has worked for Doris Florist for 20 years fears it is ‘too little too late” and the business is still likely to cease trading in early next year.

Like many High Street traders Doris Florist, which has traded from 36 Brigstock Road since 1995, is facing tough times with increased business rates and other battles with its landlord Network Rail who tried to hike its rent.

Mr  Hynan, said: “We are proud that the business we have developed during this time is based on being part of Thornton Heath’s welcoming community.

“Events since February of this year have had a severely detrimental impact on the shop. The financial loss to my company over this period is well in excess of £30,000 yet Croydon Council feel the works were of minimal inconvenience.

“The council’s contractors decided to close the bridge and fence off the pavement on February 13, Valentine’s Eve. As everyone knows, Valentine’s Day is the biggest trading day in the floristry calendar. We had already committed to purchase stock for the shop to sell in line with previous years. Trade was half the previous years and the wastage was devastatingly high.”

Work on completing the pavement had to  be abandoned in the summer because of  safety issues, clearly not found when the area was originally surveyed. In October contractors reappeared to finish the work but then downed tools again after finding a large hole adjacent to the shop by the bin doors of Kettering Court.

To minimise further disruption to the florist and more possible structural damage a temporary tarmac surface has now been laid.

Mr Hynan added: “If only Croydon Council could recognise the value of small businesses and the staff who work in them to the local community and street scene. The large, faceless brands that they want to dominate the High Street will never replicate a High Street offering a diverse and unique shopping experience.

“We clearly expected some disruptions throughout this process. However, the effect could have been minimal had the council felt it relevant to confer with local businesses on an impact assessment.

“Several neighbouring businesses have recently closed; these include Wetherspoon’s and Barclays Bank. In addition to the fact that Ambassador House has sat empty for several years, the, street scene is looking neglected and in need of serious investment. I fail to see any benefit to the Thornton Heath community from this project.”

He explained that the public realm works by narrowing the highway into a single lane had only resulted in bottle-necking the traffic on the bridge.

He said: “The removal of several parking places from outside my premises and raising the kerb stones, created a very large pavement area. There was never an issue with the size of the existing pavement area. 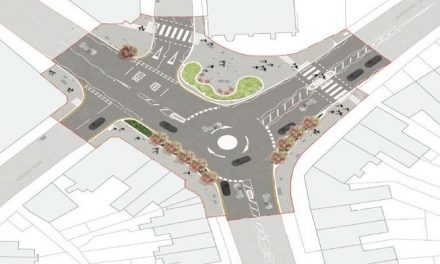 NEXT PHASE OF REGENERATION TO START 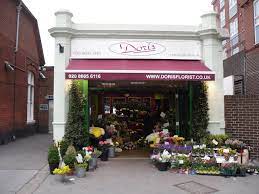 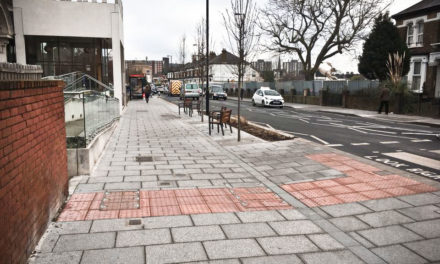