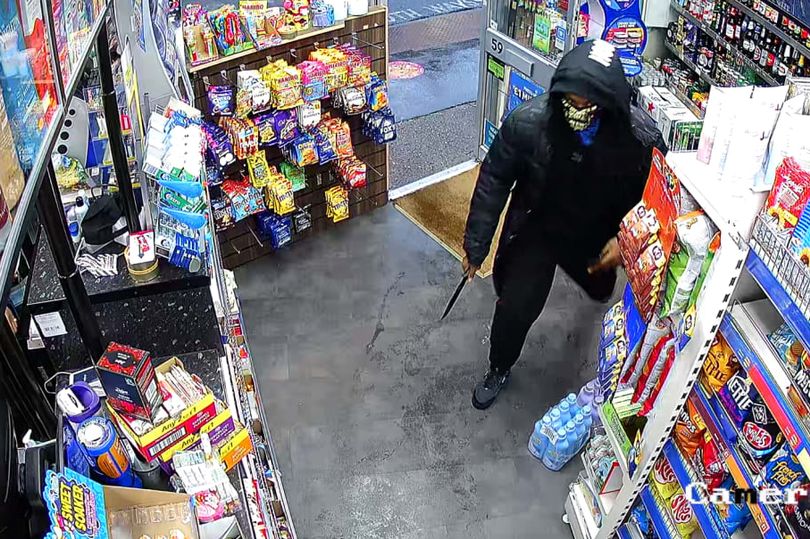 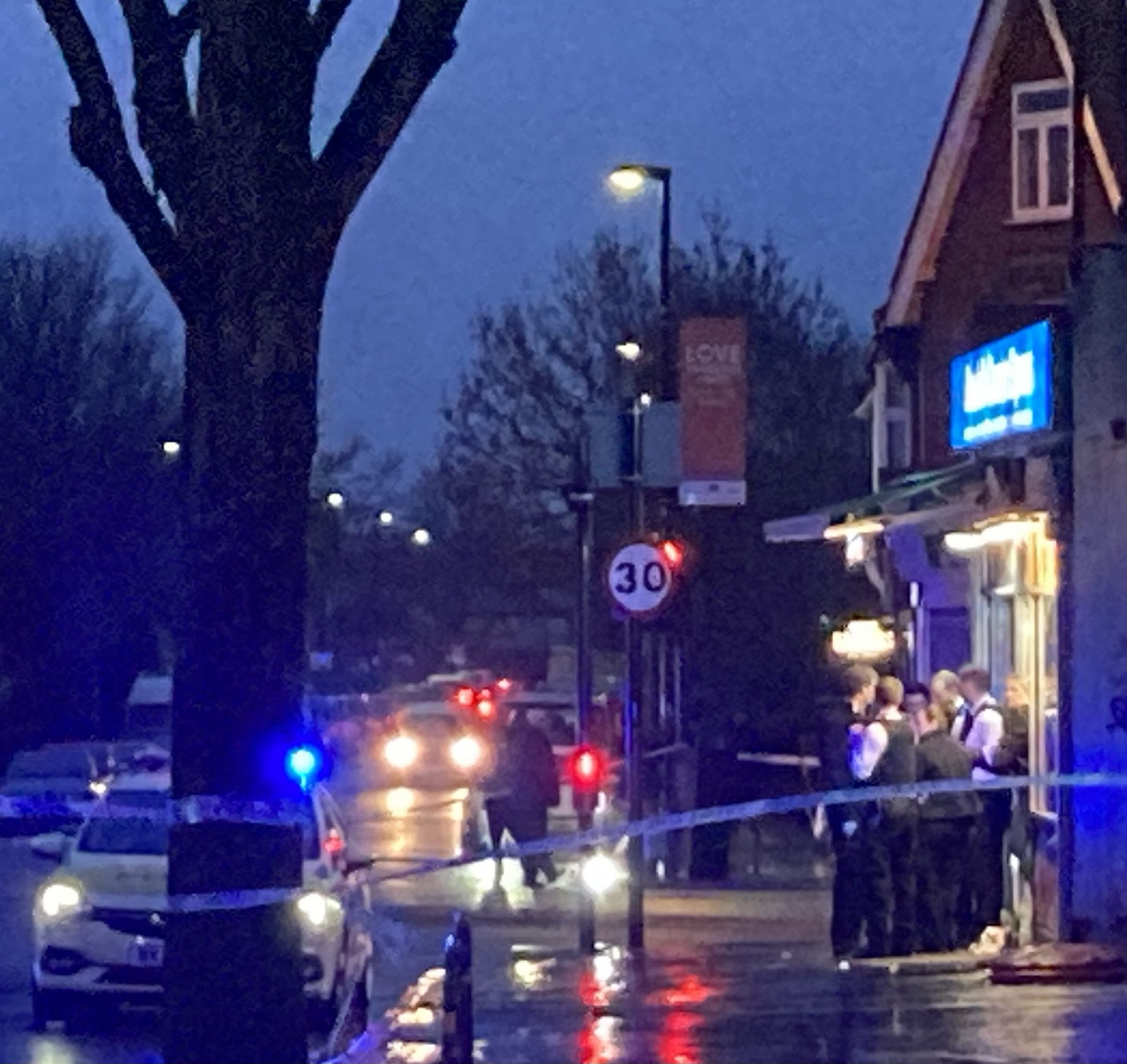 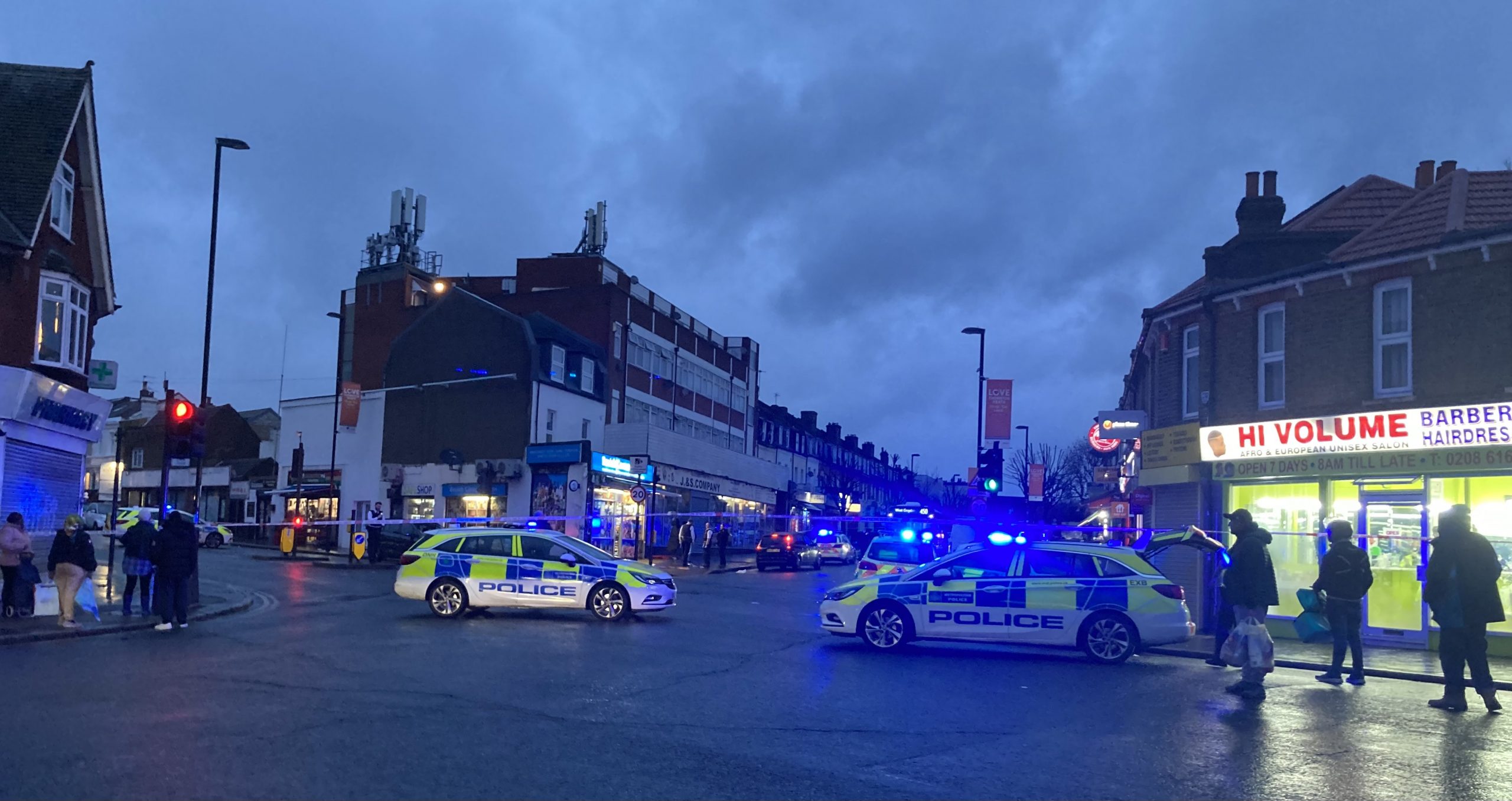 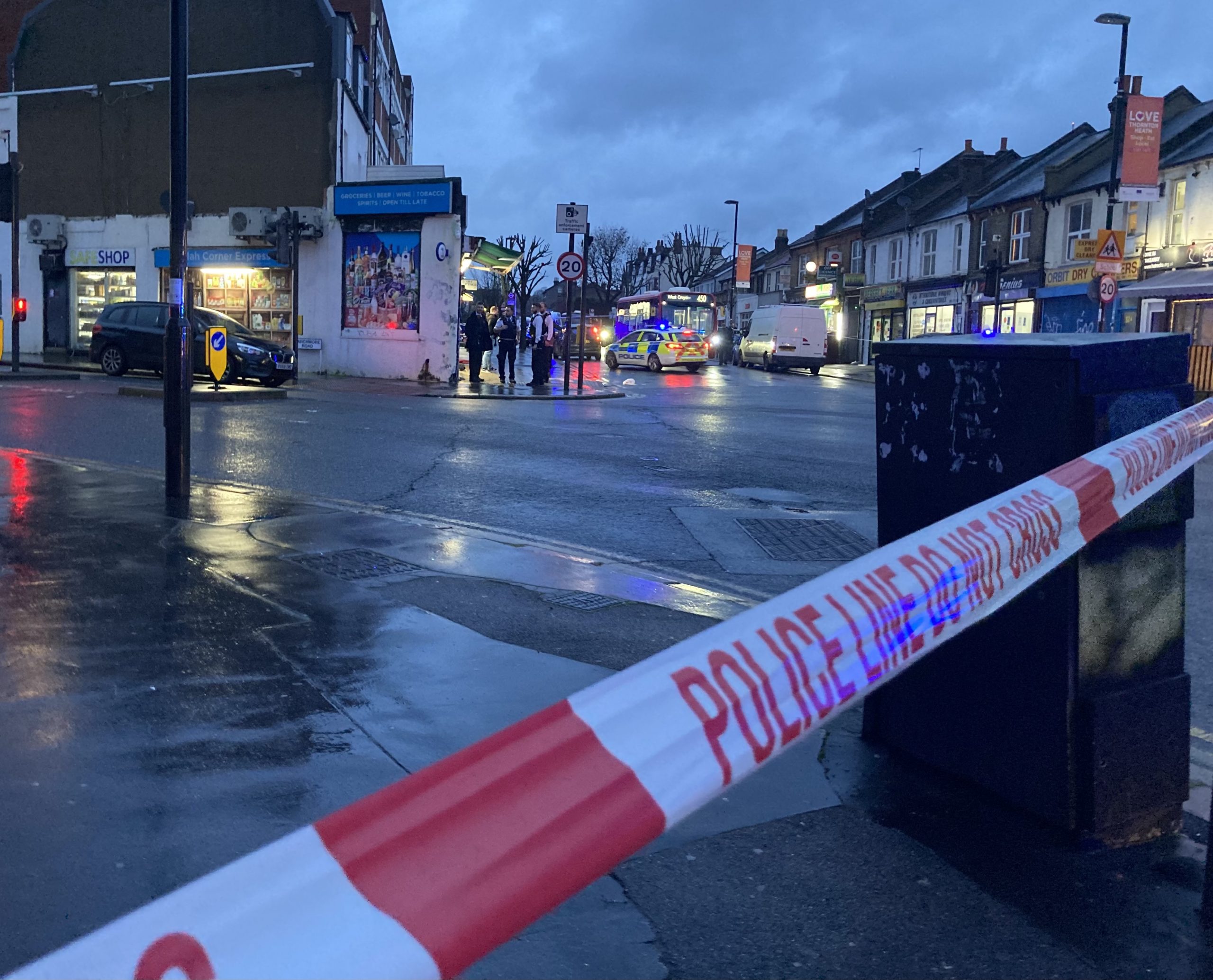 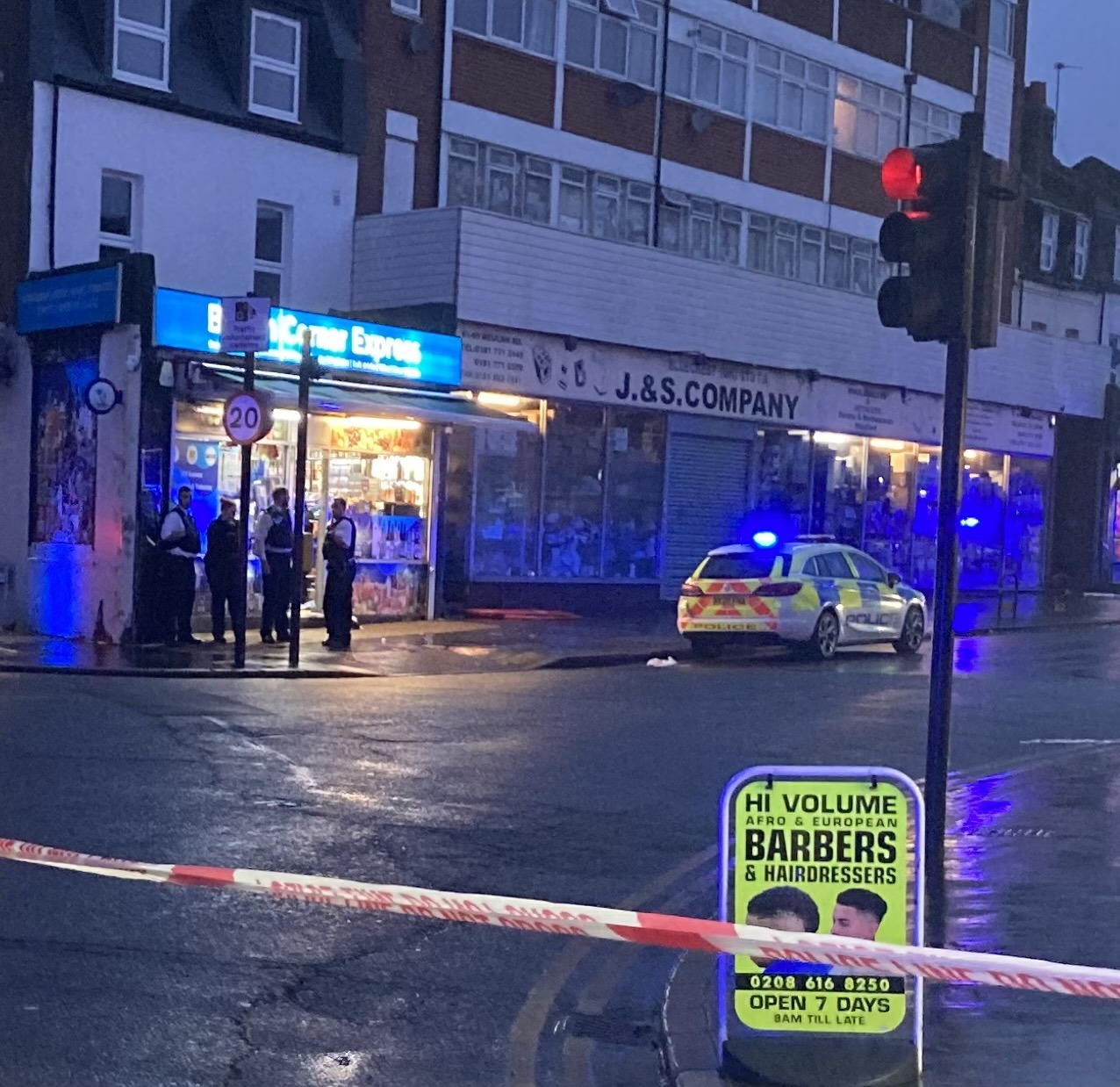 Detectives have issued an image of a knife wielding suspect wearing a skelton mask they would like to speak to in connection with a stabbing in a convenience store.

The 20-year-old victim remains in a stable condition in a South London hospital suffering from multiple stab injuries.

The attack happened at 3.35pm on Saturday January 8 at the Beulah Corner Express, at 59 Beulah Road.

The assailant is seen waving a knife and wearing a distinctive skelton mask which is covering his face and under his coat a hoodie with a white stripe across the hood with a blue scarf.

Near to the scene of the attack what looked like a delivery driver’s bike had been abandoned on the ground and eyewitnesses reported seeing an altercation outside the shop between two men with one running inside the store pursued by another.

Police say there was “nothing to suggest” this was an attempted robbery, however enquires are ongoing.

Anyone who has information that could help police should call 101 ref CAD 3897/8 Jan.

The Air Ambulance landed in Beulah Road Infant School just before 4pm and paramedics were also on scene.
Over the past few years there have been growing community concerns about groups gathering on the road with residents complaining of feeling intimidated and calling for a heightened police presence.
In June last year a man in his early 30s was  stabbed while sitting in a car in Beulah Road. He was approached by two men. One of the men opened the car door and stabbed the victim in his leg. One suspect  ran off, while the other  made off on an e-scooter.
The victim then dragged himself to nearby takeaway and passers-by helped stem the blood from the wound until emergency services arrived and he was  taken to hospital.
POLICE  HUNT ATTACKER

In October 2020, a large quantity of cash and drugs was recovered as well as shotgun, ammunition and a handgun on Beulah Road.

The police licensing team working with the council removed a licence to sell alcohol from a shop linked to the raid. The action followed fears raised about the sale of Crack Cocaine and increased levels of anti social behaviour.

In September 2019, police executed a warrant acting on intelligence that cannabis was being sold over the counter at a Caribbean grocery shop at 84 Beulah Road and arrested a man for intent to supply cannabis.

Separately, a man was also slashed by a knifeman outside a takeaway on Beulah Road.

The victim had been in the takeaway trying to get free food when a car stopped at the lights and tried to take his moped. He received an injury to his hand and arm as he tried to stop the bike being stolen. 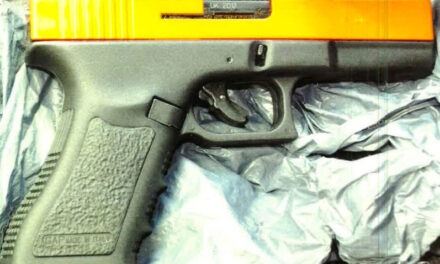 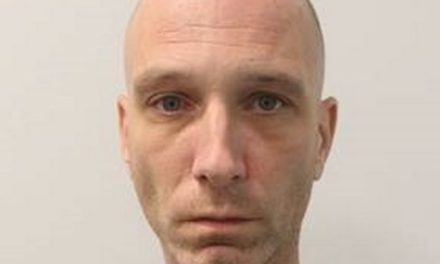