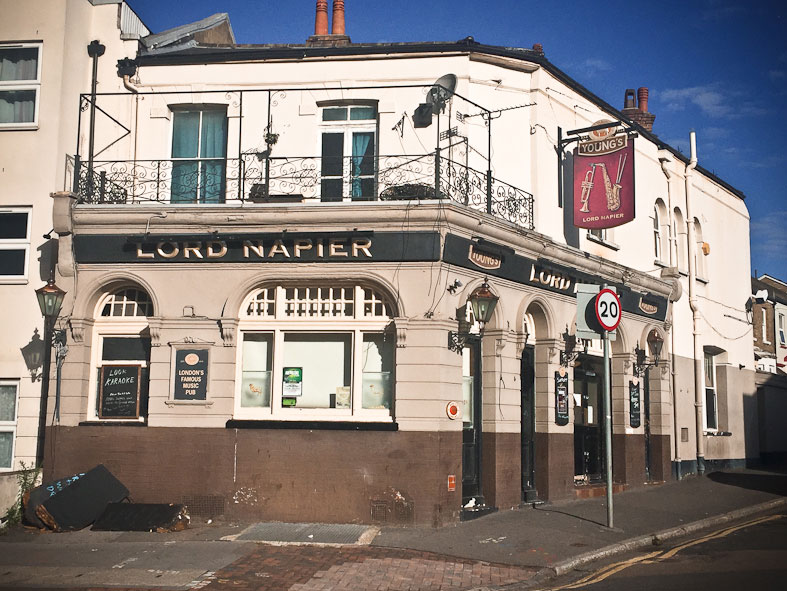 The famous jazz venue The Lord Napier, which closed suddenly in  the summer, is to be redeveloped but stay as a pub.

A planning application has been submitted to Croydon planners by north London based Parkheath Estates Ltd to demolish the existing pub on Beulah Road and replace it with a ‘contemporary’ new three and four-storey building.

However, the plan still includes providing a similar sized traditional local pub with seven flats above for small households suitable for the location above a pub.

Tooley and Foster Partnership  plans detail the proposed extension of the basement floor, to provide a retained pub use at ground floor and basement and seven flats, one; one bedroom and six  two bedroom, on the upper floors with associated car parking, amenity, cycle and refuse stores.

The application can be viewed on Croydon Council’s web site and members of the public can submit comments in favour or against the plans.  Click here for the link: https://publicaccess2.croydon.gov.uk/online-applications/applicationDetails.do?activeTab=summary&keyVal=OXLOO0JLM0R00

The architects and designers go on to say in the application: “The proposed development will replace a tired looking agglomeration of buildings that, due to the lack of viability of the existing pub, is only likely to deteriorate further with a striking new, contemporary building that will be a positive addition to the street scene and reflect the aspirations of the area moving forwards.

“Acting as a bookend to the tall building at the other end of the block the new building will refocus height and high quality design at the corner, and distract attention from the plain neighbouring block of flats, to hopefully encourage other new, high quality developments in the area.

“Although contemporary in design the proposal draws on design principles of surrounding buildings and uses high quality contextual and durable materials to produce a design fit for its location.

“By proposing a more compact pub, with up to date facilities, it is believed there is more likelihood it can be viable and successful in this location.

“Proposing the seven flats above the pub provides development income to fund the new pub space and seven much needed new homes for small households appropriate for located above a pub. “

The Chronicle reported in August that the pub had closed and that Parkheath were in the process of “tracking” down the publican and licensee Bob Alob who it emerged on Facebook  was planning  a fresh start in the the Caribbean. The Chronicle has since learned that Mr Alob has been spotted regularly in the area.

The first regulars knew about the closure was when a notice was placed on the door saying that it was closed until further notice.

The pub has been a central part of the Beulah Road community, incredibly, since Victorian times.

David Masters, born two doors up, has memories of beer being delivered, not only by horse and cart, but also by steam-powered lorry. Don Smith, bassist with the Delta Big Band, originally the Mike Daniels Big Band, recalls playing there as far back as 1955.

In the late sixties the Napier really took off as a jazz venue under publican Vic Watts aided by John Young, one of the brothers of the Young’s Brewery family, and ‘regular’ Alan Carter.

Bill Brunskill’s band held a residency from 1968 until the late nineties,  which was immortalised in a Thames Television documentary “Whatever Happened To Bill Brunskill”. The heyday was undoubtedly the seventies and eighties. However, well loved publican Bob kept the music going to the end, with regular Reggae nights. 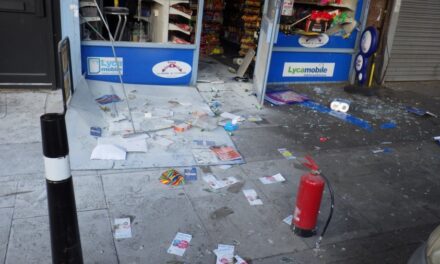 SAFETY REMINDER AFTER AEROSOL CAN EXPLODES IN SHOP 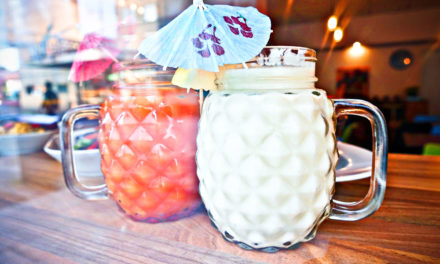 DRINK BRAND INSPIRED BY THE CARIBBEAN 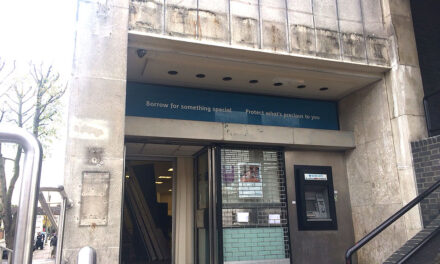 Bank to be turned in to studio flats