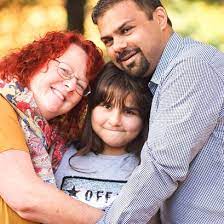 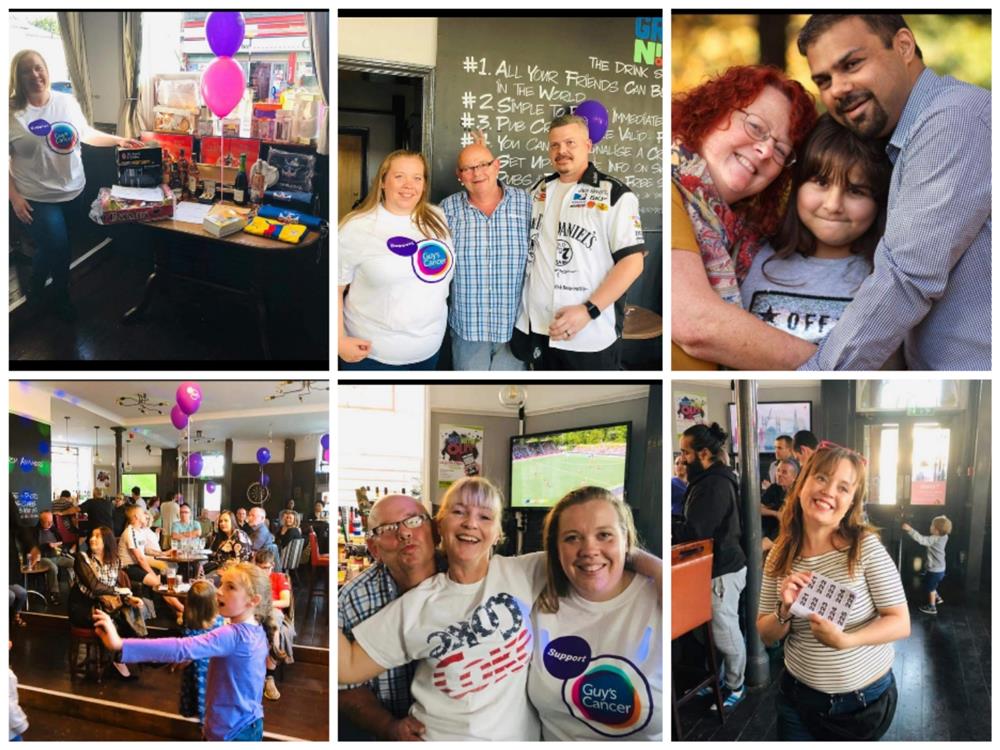 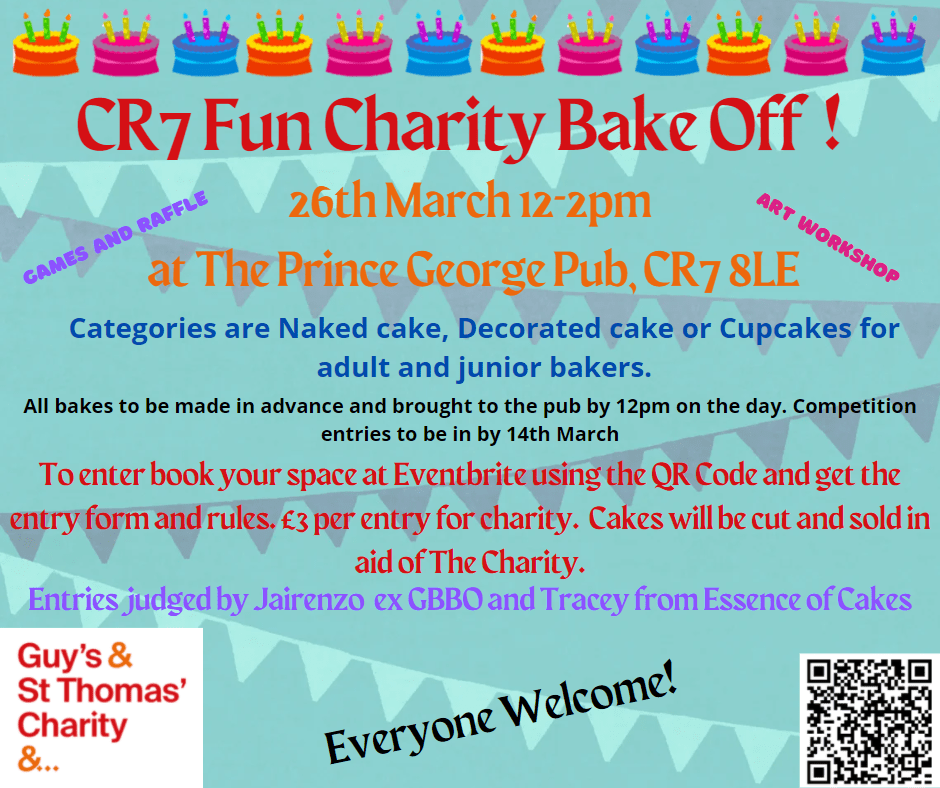 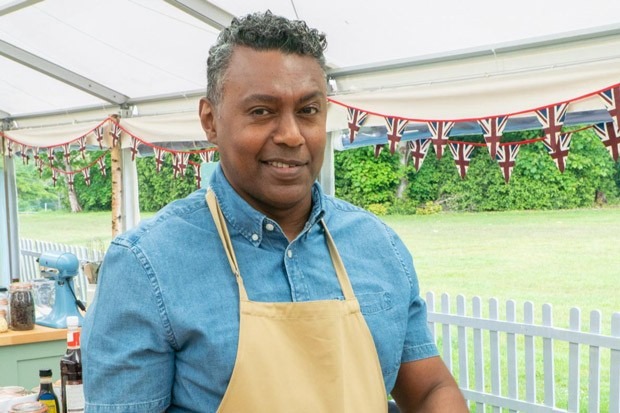 A local mum who had part of her tongue removed as part of her battle against cancer is launching a fundraising drive to get better resources for patients like her.

Sue Ahmad has already had great support for her charity campaign for head and neck cancer with a promise from a donor to match fund anything she raises for the Guy’s Cancer Centre.

So anything Sue collects will be doubled before she even starts but to make the most she needs the support of the local community in Thornton Heath where she lives.

Sue working with her friend Tara Cotton has planned an array of events from a letter writing workshop to a sponsored walk but the majority of the activities will focus on a big fundraising day at The Prince George pub on Thornton Heath High Street, from midday to midnight on Saturday March 26.

It will also include a fun bake off for adults and children which will be judged by local ex Great British bake off contestant Jairzeno (pictured) and Tracey Rashid from Essence of Cake.

In addition there is a raffle with an array of top prizes including: tickets for the Crystal Palace Football Club match against Leeds Utd, a golf day at North Downs, a year long gym membership at énergie Fitness Thornton Heath and personal trainer sessions from Gloves not Gunz.

In June 2018, Sue Ahmad felt a lump in the left of her neck, which was repeatedly misdiagnosed as an infection.

Eventually, a GP referred her to get a biopsy which turned out to be cancerous. It was curable but was just the start of a long journey for Sue.

She was put on the Pathos research trial at Guys Hospital and in late March 2019 had a neck dissection with 43 lymph nodes removed with, thankfully only one cancerous.

A week later, in early April, Sue had cutting edge  surgery using a da Vinci robot, which saw a  big patch of her tongue removed, as well as her tonsils and part of her pharynx.

She then had to under go radiotherapy to ensure they had got all the cancer.

Sue said: “The treatments are utterly brutal. I had to relearn how to swallow, have lots of different types of therapy  including physio, occupational therapy, speech and language and at one point needed a feeding tube.”

Sue added: “Guys Hospital do ground-breaking cancer research and work with so many cancer patients. All money raised will go to Guys Hospital Cancer departments.

“Money raised will go towards helping me and others who face the scary cancer journey from diagnosis to surgeries, treatments and holistic treatments.”

Sue is on a five year watch and will need ongoing therapy for life. She has no saliva glands due to radiotherapy destroying them and needs to take water with each bite of food as otherwise it would be too dry to swallow.

Her muscles have atrophied, resulting in mobility issues with her neck and she needs physiotherapy and massage to help with the lymphedema, because of spasms, which are excruciating.

Sue said: “My aim is to bring about change to fellow cancer survivors and to raise awareness plus create funding in order to start some services for patients that continue to need life long care.”

Guy’s Cancer recently unveiled ambitious plans to transform care for patients to improve how head and neck cancer is diagnosed and treated.

There are more than 15 areas within the head and neck where cancer can develop, including the mouth and lips, voice box, throat and nose. Despite advances in treatment, many of those diagnosed with head and neck cancer still lose their lives.

The mental and physical side effects for those who have been treated can be life changing. Eating, speaking and breathing problems are common, meaning people need specialised rehabilitation, support and care.

Guy’s Head and Neck Cancer Centre is aiming to speed up the diagnosis for head and neck cancer patients and improve the ways patients are treated for their condition by minimising side-effects, maximising treatment effectiveness and reducing rates of recurrence.

If you would like to get involved in Sue’s fundraising bid or to find out more about an event and donate a raffle prize then contact Sue on:  07710 132858

To donate to the Justgiving page. CLICK here:  https://www.justgiving.com/fundraising/tara-cotton1 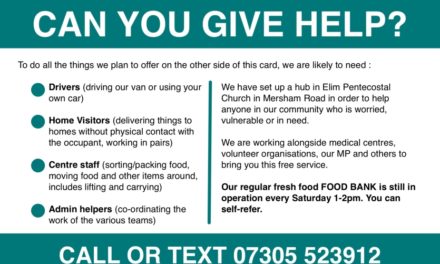 CAN YOU GIVE HELP? 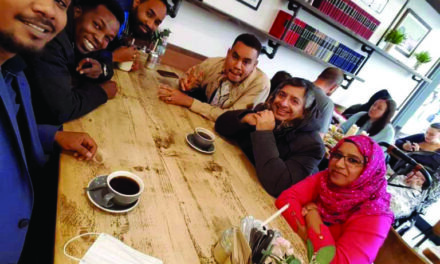 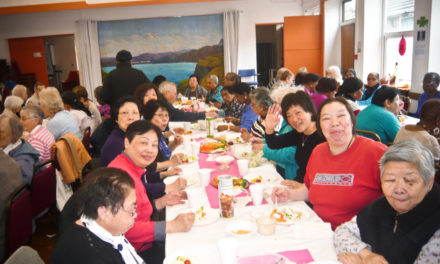 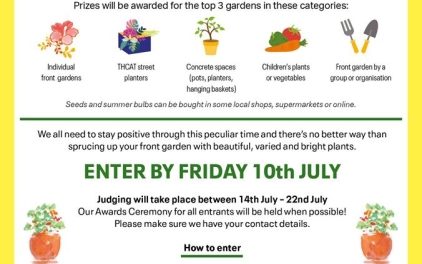