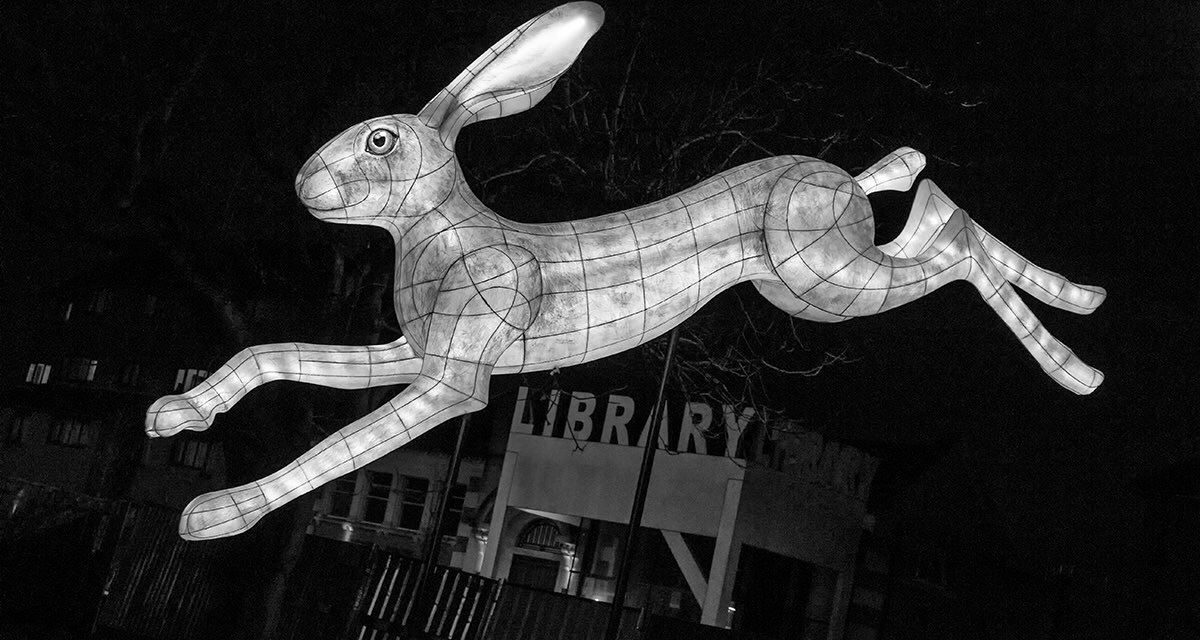 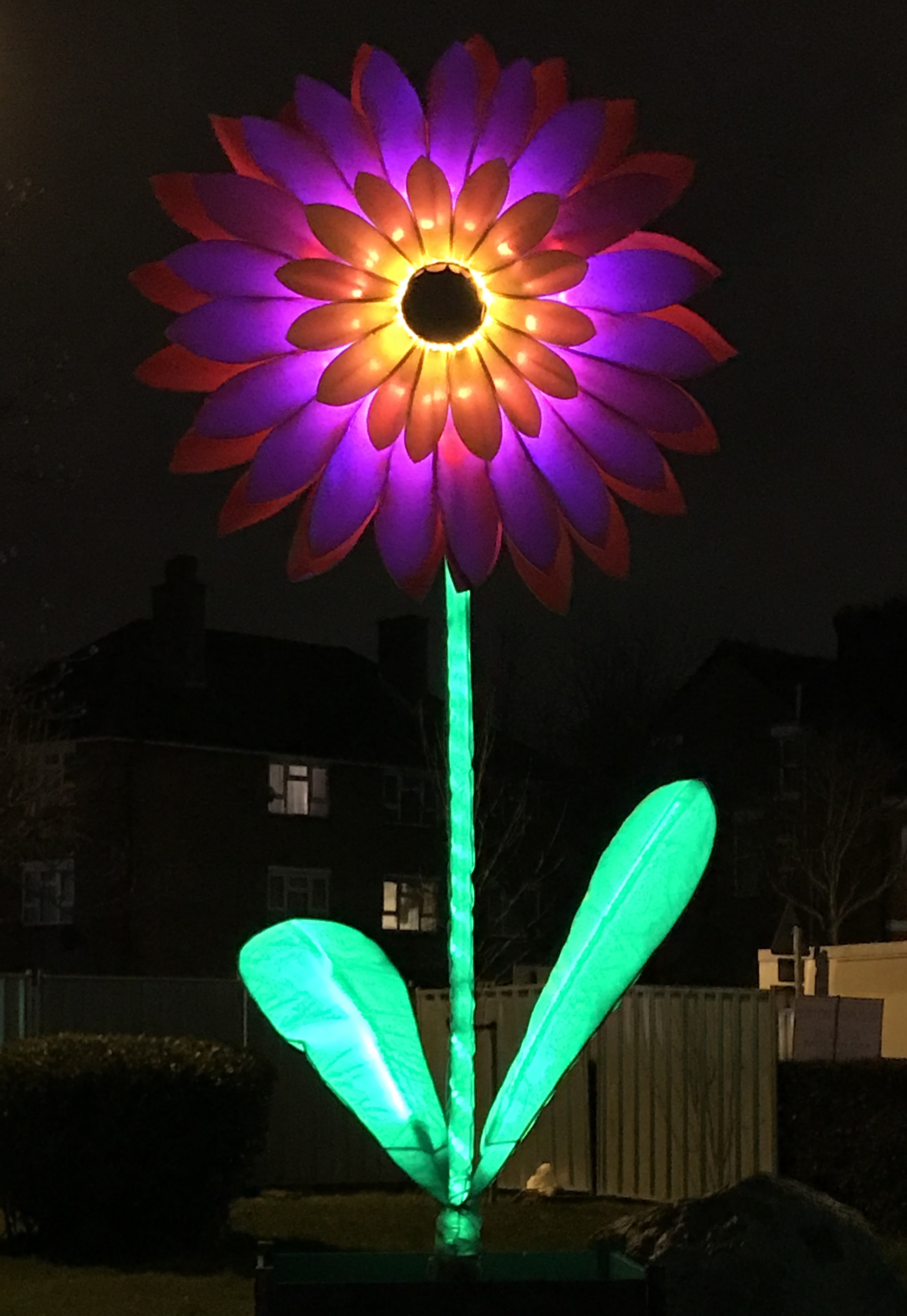 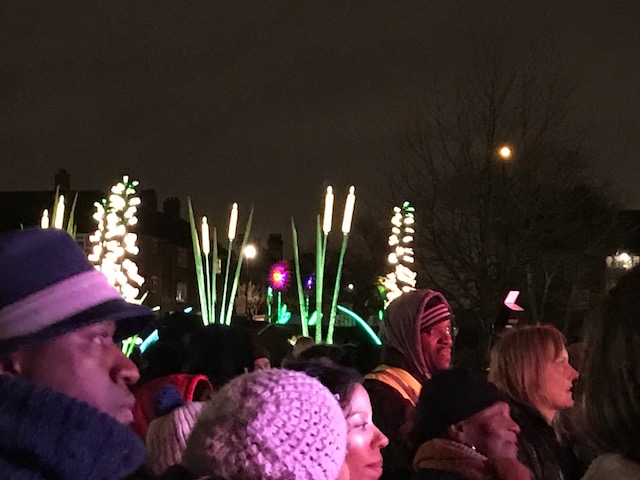 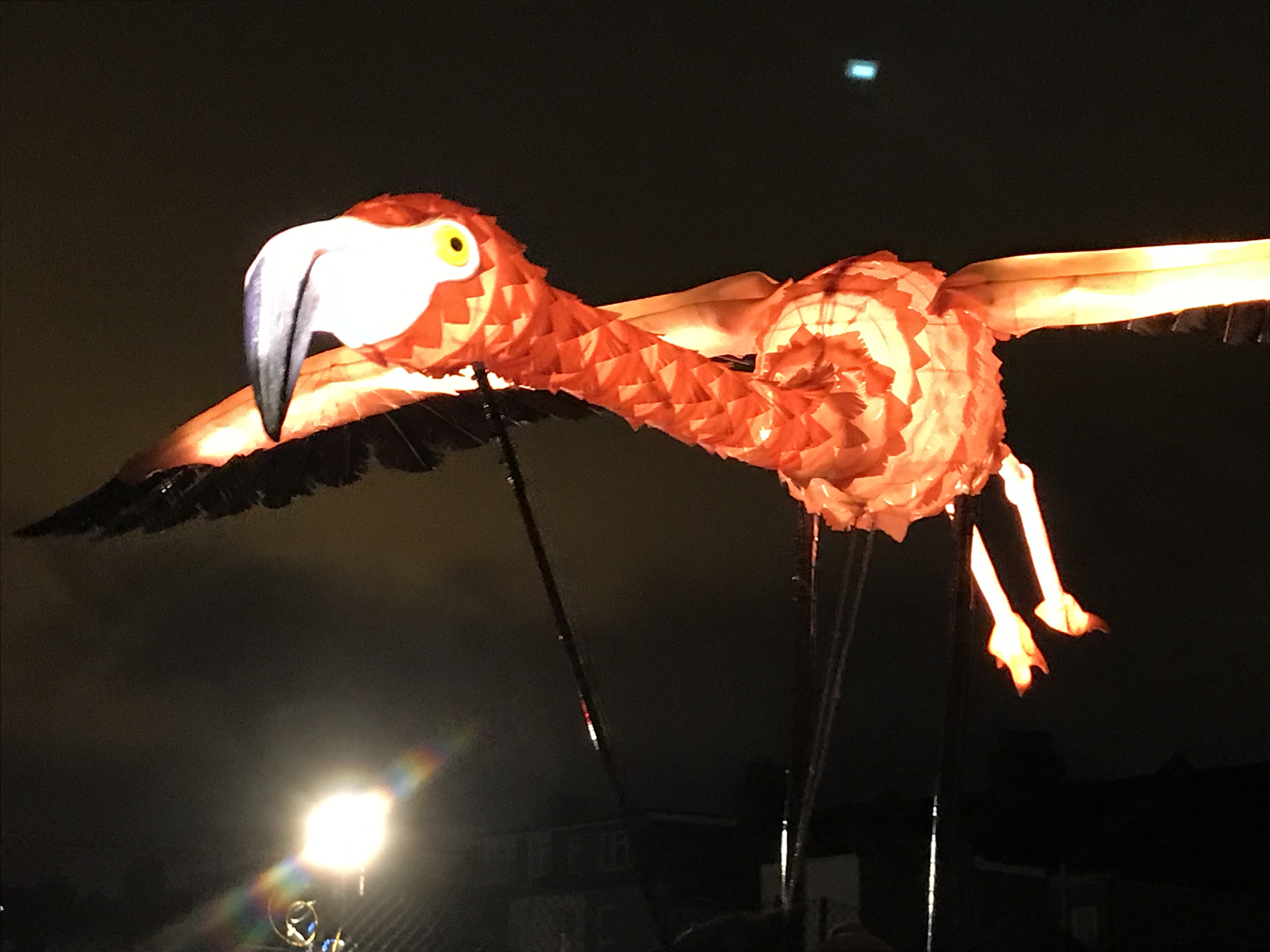 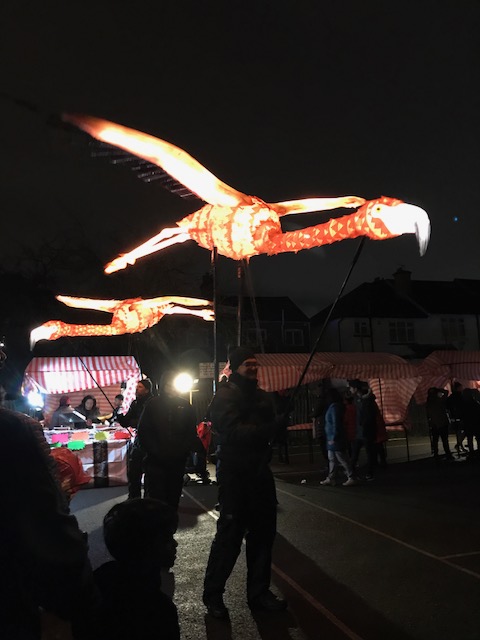 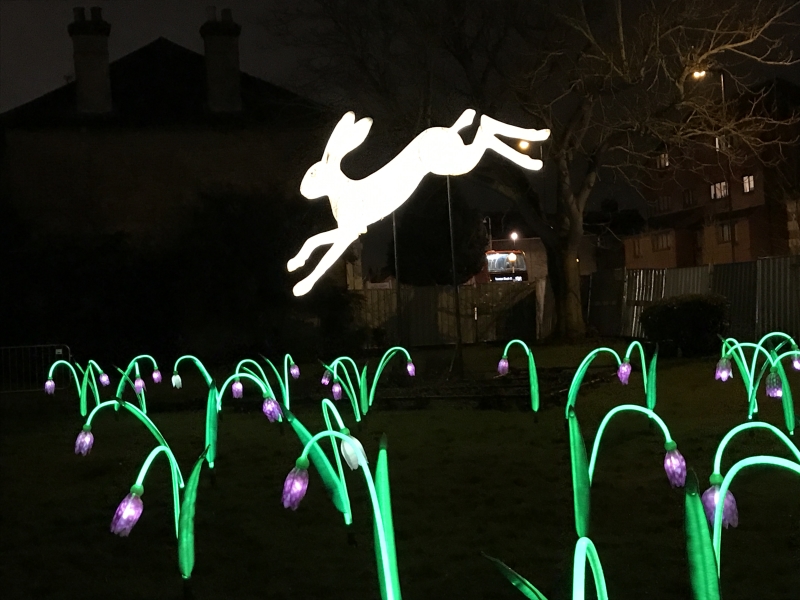 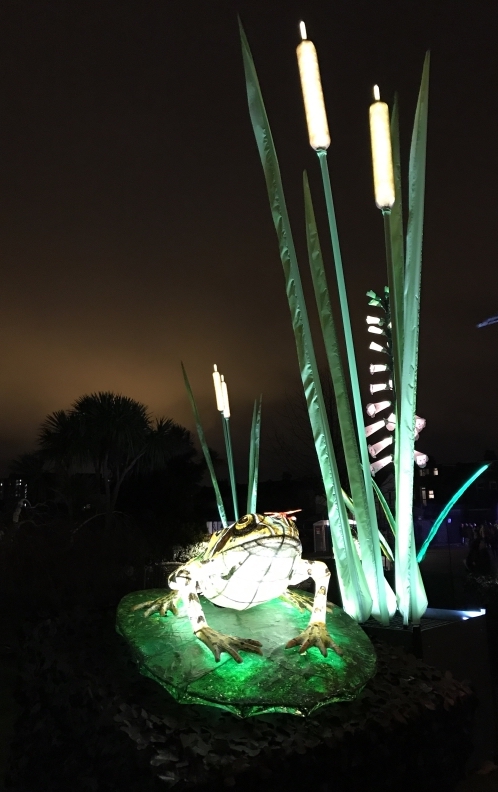 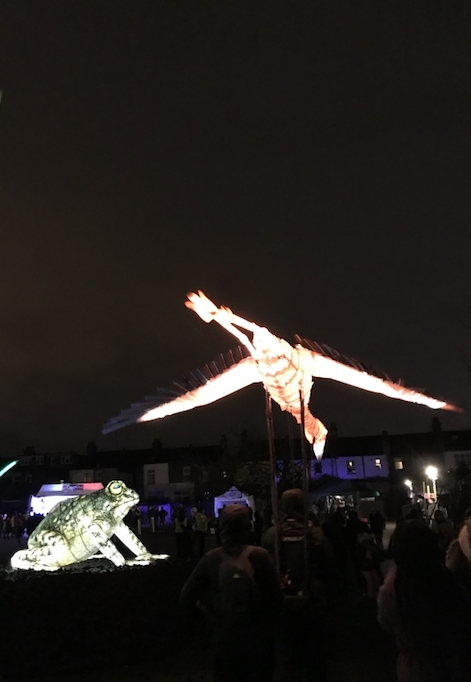 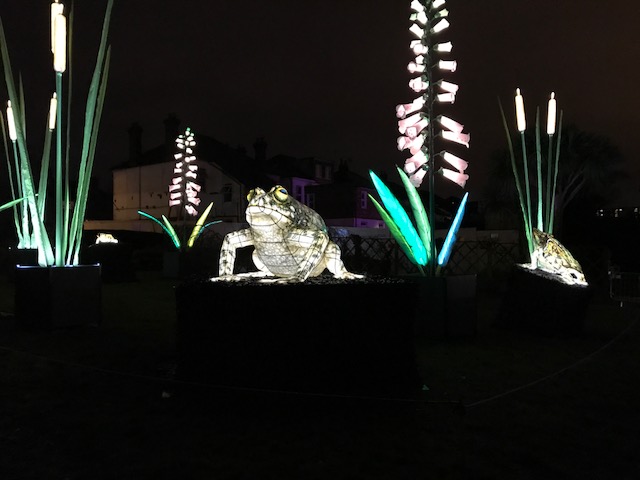 Thornton Heath hosted a magical one off festival of light and performances which was visited by over 5,000 people in just five hours.

The event which  is  the centre of Croydon Council’s 2019 bid to become the Borough of Culture saw Trumble Gardens transformed into an illuminated wonderland by Lumiere London with 5,300 people turning out to experience the occasion.

The light installations transported from Leicester Square included dozens of a wild animal lanterns  including a giant hare, squirrel, rabbit, otters, badgers, hedgehogs, a mouse and frogs. They featured alongside brightly coloured giant flowers, and reeds.

The centre pieces were  puppeteer operated giant flamingos which interacted with crowds providing an incredible sight.

The successful event paid for by Croydon Council is sure to catch the eye of the Borough of Culture judges ahead of the decision on February 27th. It was part of partnership with Artichoke, the charity with produces Lumiere.

The event  coincided with the first ever music, dance and arts festival in Thornton Heath showcasing local talent organised by CR7 Culture’s Chetna Kapacee and a night-time market offering food and drink as part of the CR7 Market pilot led by Thornton Heath Community Action Team.

The whole event was faultless and  a real credit to the hard work of all the organisations involved particularly Think Events who were praised for their friendly staff and security.

The feedback and the vibe across the whole site was ‘uniformly positive’  and attracted a great mix of people across all ages.

Chronicle Editor Andrea Perry said: “We loved Thornton Heath’s Lumiere and the music and dance festival was great. I am sure the community would love to see more live concerts in Thornton Heath in the future. We have talent aplenty.

“I fell in love with the flamingo puppeteers. They were just so life like and great that they were so interactive.  It was really heartwarming that lots of children thought they were real and were trying to feed them!

“There were lots of happy families, and smiling faces. Well done CR7 Culture for organising the music and dance performances which showed off some of our great local artists and THCAT’s CR7 market which offered up  tasty locally served food.

“It was a great night out that many of us will remember for many years to come.

“Please support Croydon’s bid to become the Borough of Culture #Croydon2019 and who knows what else will happen?”

One of the objectives of the Borough of Culture programme is to ‘shine a light’ on local neighbourhoods and that was achieved ten-fold.

Sabrina Gigante of Coffee Daddies, whose hot chocolate was a huge hit with festival goers, said: “It was a brilliant show and the Croydon community are amazing! “

The success of the event also showed the strength of the community and the cultural networks in Thornton Heath.

Tanya Bunney said: “A fantastic event. Well done and thanks to everyone involved in making this happen. Two little ones with me couldn’t speak for (some of) our visit they were so excited. “

Wendy Hinds said: “It was really well organised. And there was a lovely atmosphere.”

Michael Daniels said: “I’ve lived in Thornton Heath for most of my life, and this has to be the best thing I’ve ever seen in our little town!”

Peter Lawrence added: “What a fantastic positive day for Thornton Heath! The market, the lights and music were such a brilliant thing. Everyone was happy and enjoyed the day.  So good to see such positiveness around. The lights looked even better than they did in Leicester Square, as it seemed more of a natural habitat.”

If you haven’t already, there’s still time to vote in ITV’s poll for Croydon to be named Borough of Culture 2019 – You can vote here and please share with family and friends https://www.itv.com/news/london/2017-06-30/which-borough-should-be-named-london-borough-of-culture/

For more on Croydon’s bid to be named Borough of Culture 2019 visit https://www.croydon2019.london/ 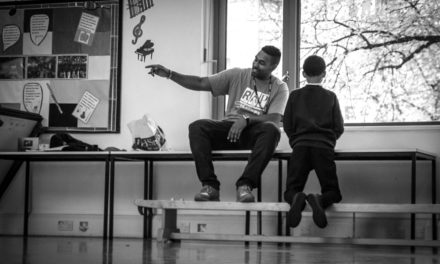 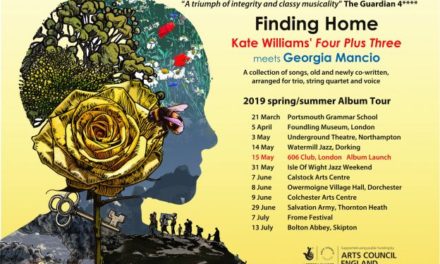 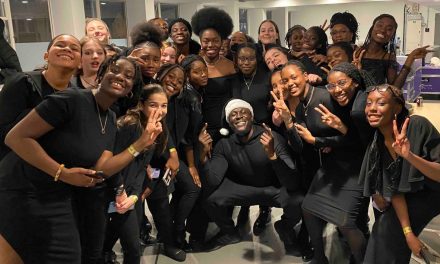