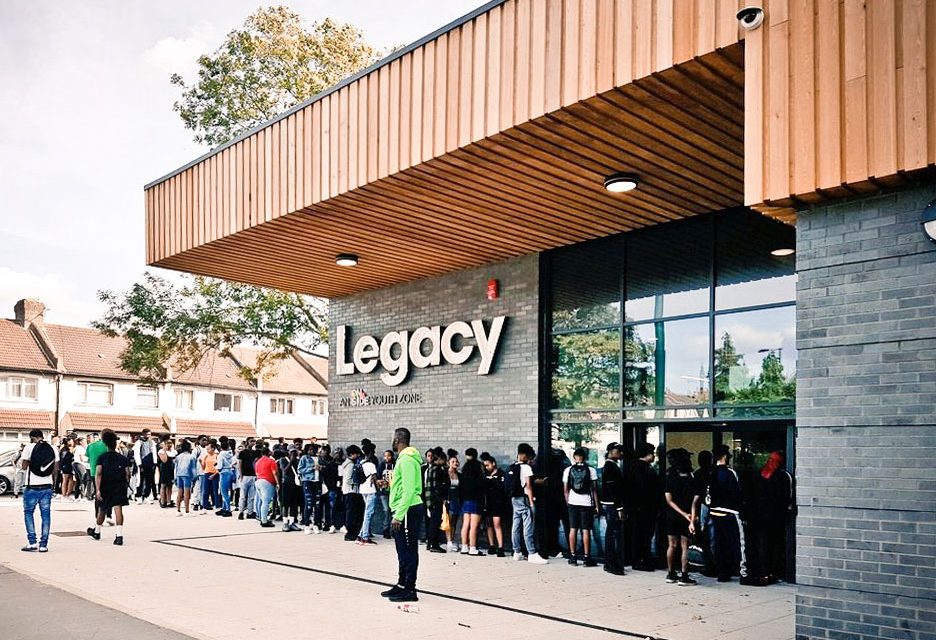 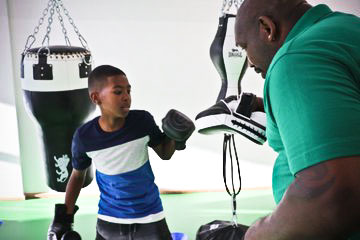 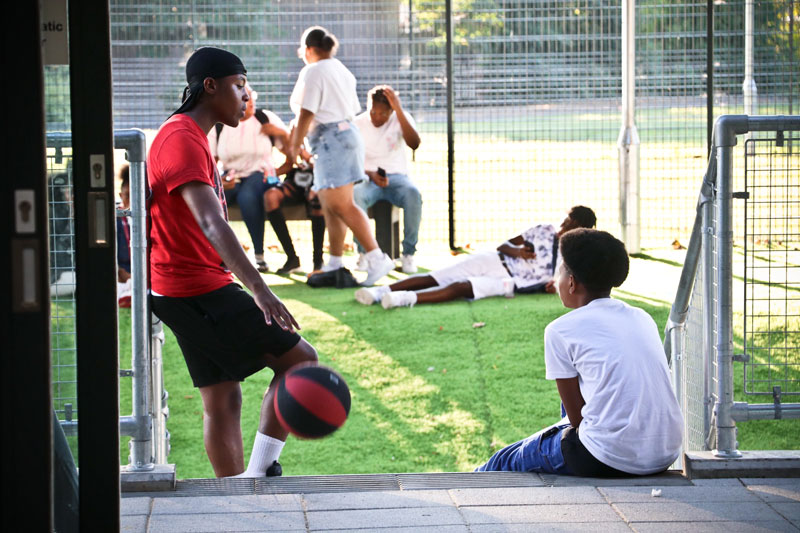 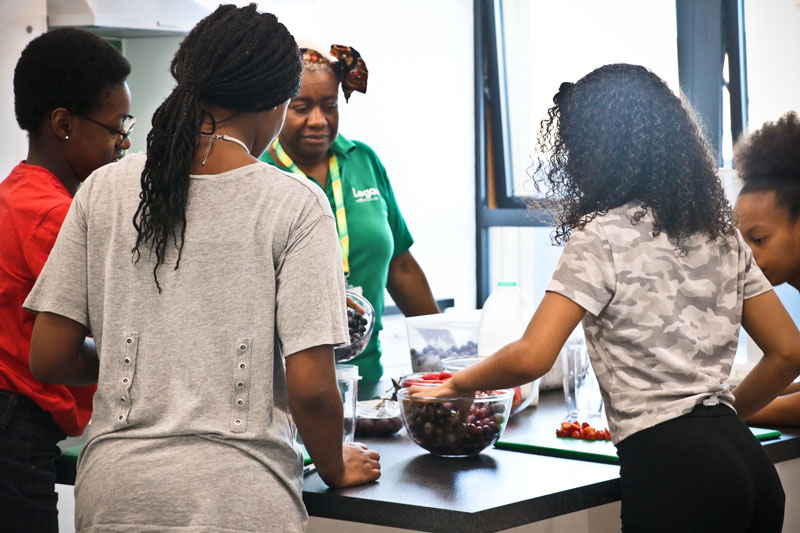 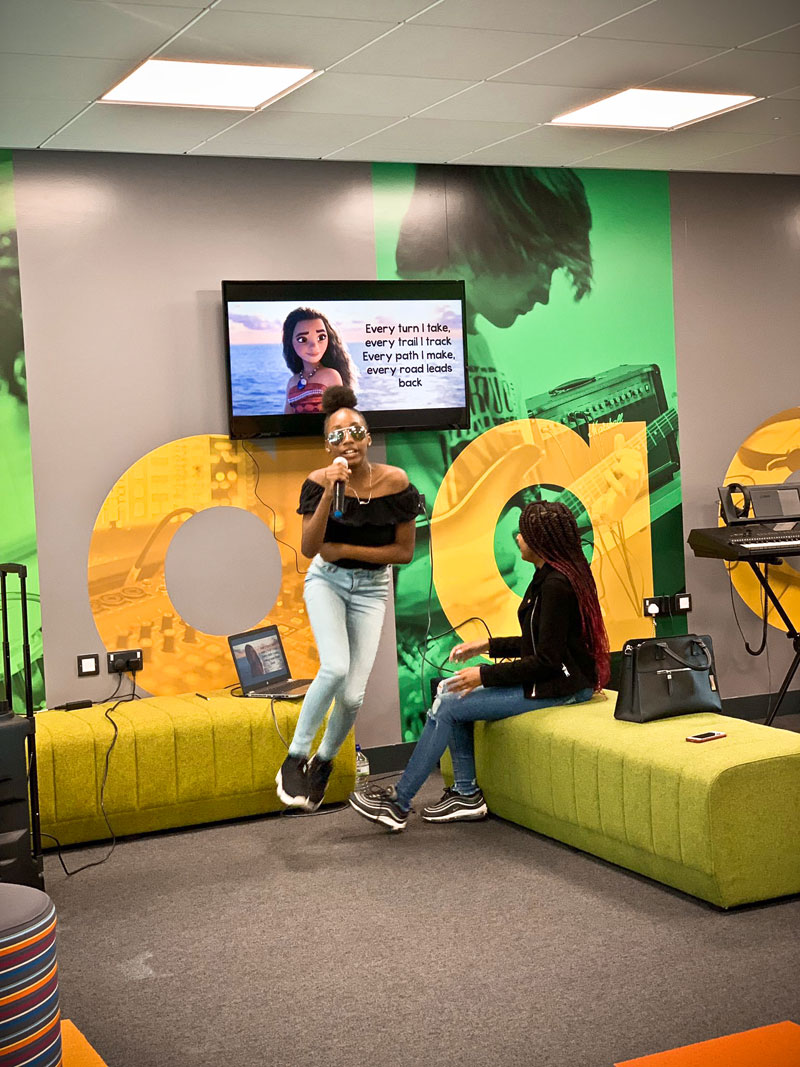 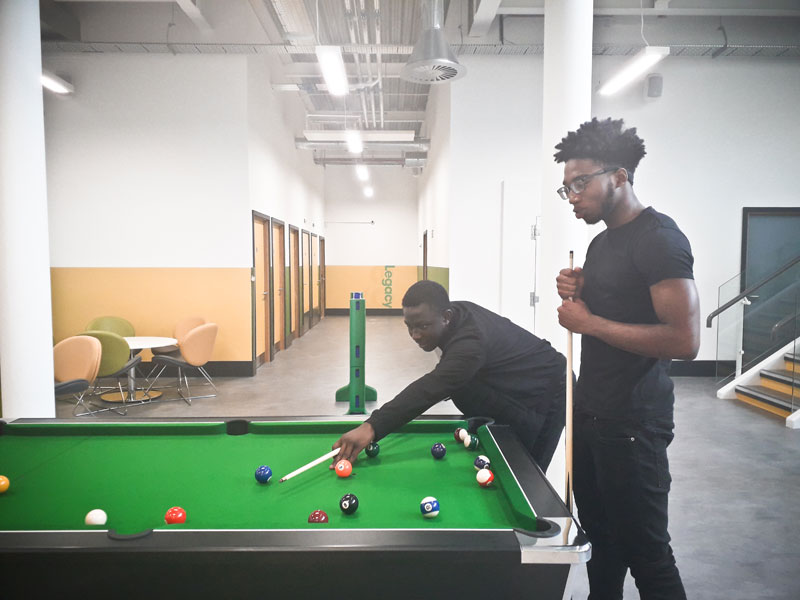 It’s not even open but already young people are queuing around the block to get in to the new multi million pound Legacy Youth Zone.

The state of the art facility has the potential to put ‘Croydon on the map for the right reasons’, says youth worker Shardine Walker.

As a child she used to attend the youth centre located on the exact site at Whitehorse Road where the new youth zone proudly stands today, writes Sabirina Mohamed.

Aspiring to create the next generation of ‘fresh Croydon legends’, Shardine corroborates the link between closure of youth clubs as a result of government budget cuts to the rising rates of violent crimes perpetually perturbing London’s streets.

She thinks this new space, part of a widening network of youth clubs established by young people’s charity ‘Onside Youth Zones’, will engender ‘a lot of change’  as well as giving young people the inspiration they need to be successful.

By paying a £5 membership fee and 50p a visit, young people will have the chance to make full use of the facilities as well as the 20 activities a night on offer with about 20 youth workers on site as well as a group of volunteers.

During August young people who already  signed  up could attend ‘house-warming parties’ to test out the facilities which led to the queues captured by Cllr Callton Young on Twitter who described it as a: “tip-top youth investment”.  There were also visits from Krept from Krept and Konan and Croydon Central MP Sarah Jones.

Highlights of the zone include a bespoke boxing ring, fitted rock climbing wall room, music and dance studios, gym, sports hall all types of activities from cricket to basketball. There are also five aside football pitches outside.

It offers meals for £1.50 and this is something Croydon Council’s Alisa Flemming said was key when designing the centre.

The cabinet member for children, young people and learning said with child poverty on the rise a place for kids to get healthy and reasonably priced meals is key.There is also a full kitchen upstairs for young people to learn basic cooking skills which includes a washing machine if it is needed.

As well as a place for children to go and have fun there are areas for mentoring and employability workshops.

Each year the centre will cost about £1.4 million a year with the council making an annual contribution of £300k.

The Youth Zone caters for young people aged eight-19 and for those with additional needs the facility can be utilised until they are 25-year’s-old.  All the activities are supported by youth workers.

The Young People’s Development Group has had a say in the design and make up of the £6.5million Legacy youth centre – from the activities on offer to the slogans on the wall to recruitment of new youth workers.

There is also a health and wellbeing area in the form of a salon and barbershop with nail bar, not only to be used for pampering but as a space where young people can feel more comfortable engaging in ‘off the record conversations’ opening up in ways perhaps they felt too afraid or intimidated to in other spaces.

Sports enthusiast Joshua Smith, 18, from Thornton Heath, a member of the development group said: “This is huge, because everything I like is in here and it’s close to me and my friends. It’s amazing so I’m happy to be a part of it and my friends are already excited.’”

The music studio will undoubtedly have no shortage of young people queuing to get a chance to get in, which is no wonder considering the never-ending talent spanning from the area. Josh added: “Everybody’s trying to be a rapper these days, so that’s going to be packed there’s going to be sick beats coming out of there, people spitting their lyrics, so it’s going to be epic.”

Kwaku Ahenkorah, 18  also from Thornton Heath said he was excited to be able to have  a place off the streets to go where young people can:  “Build like a business or just create something new for their lives and getting a future.” 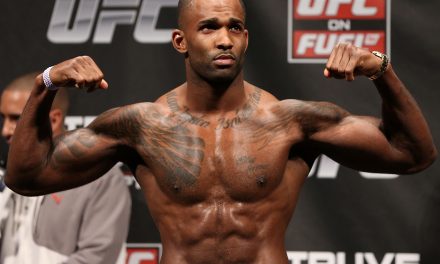