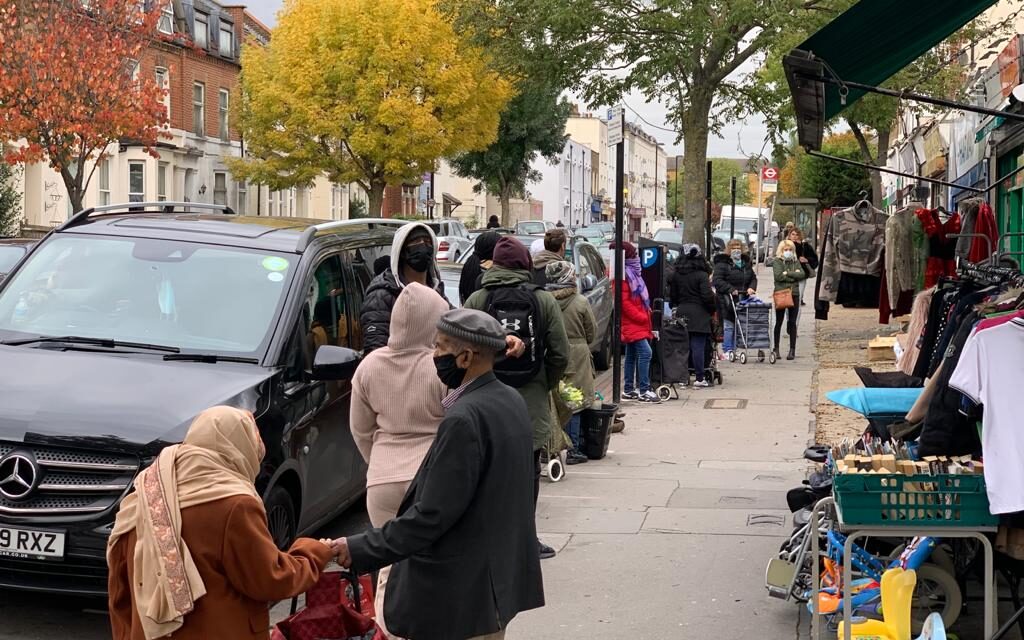 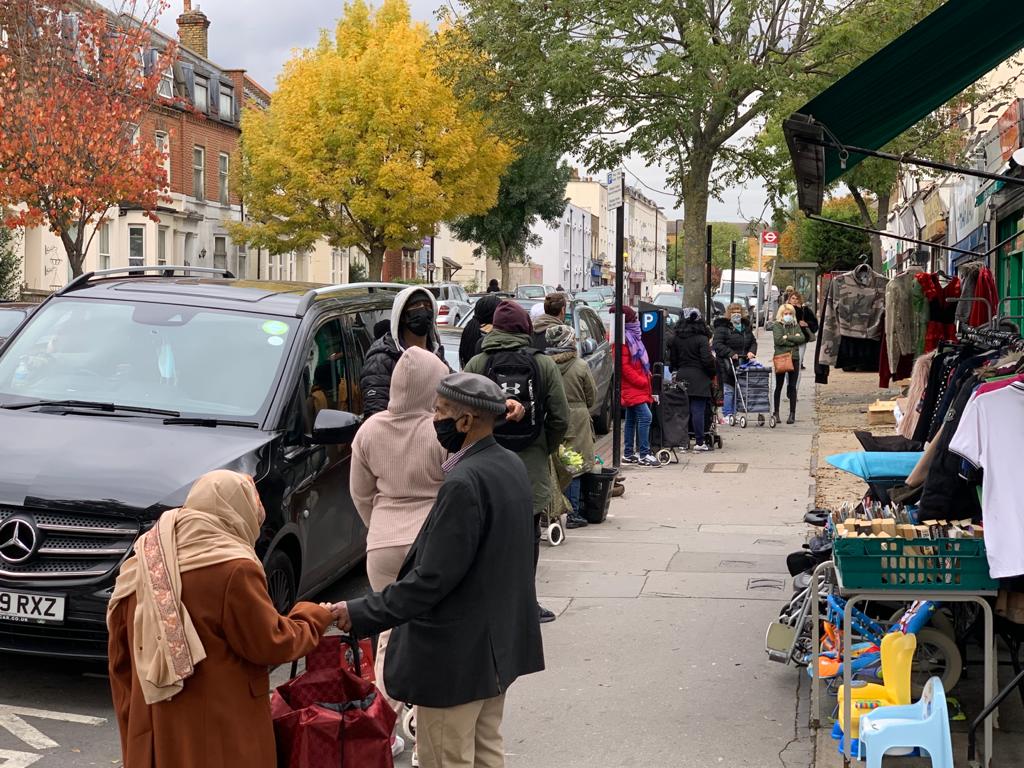 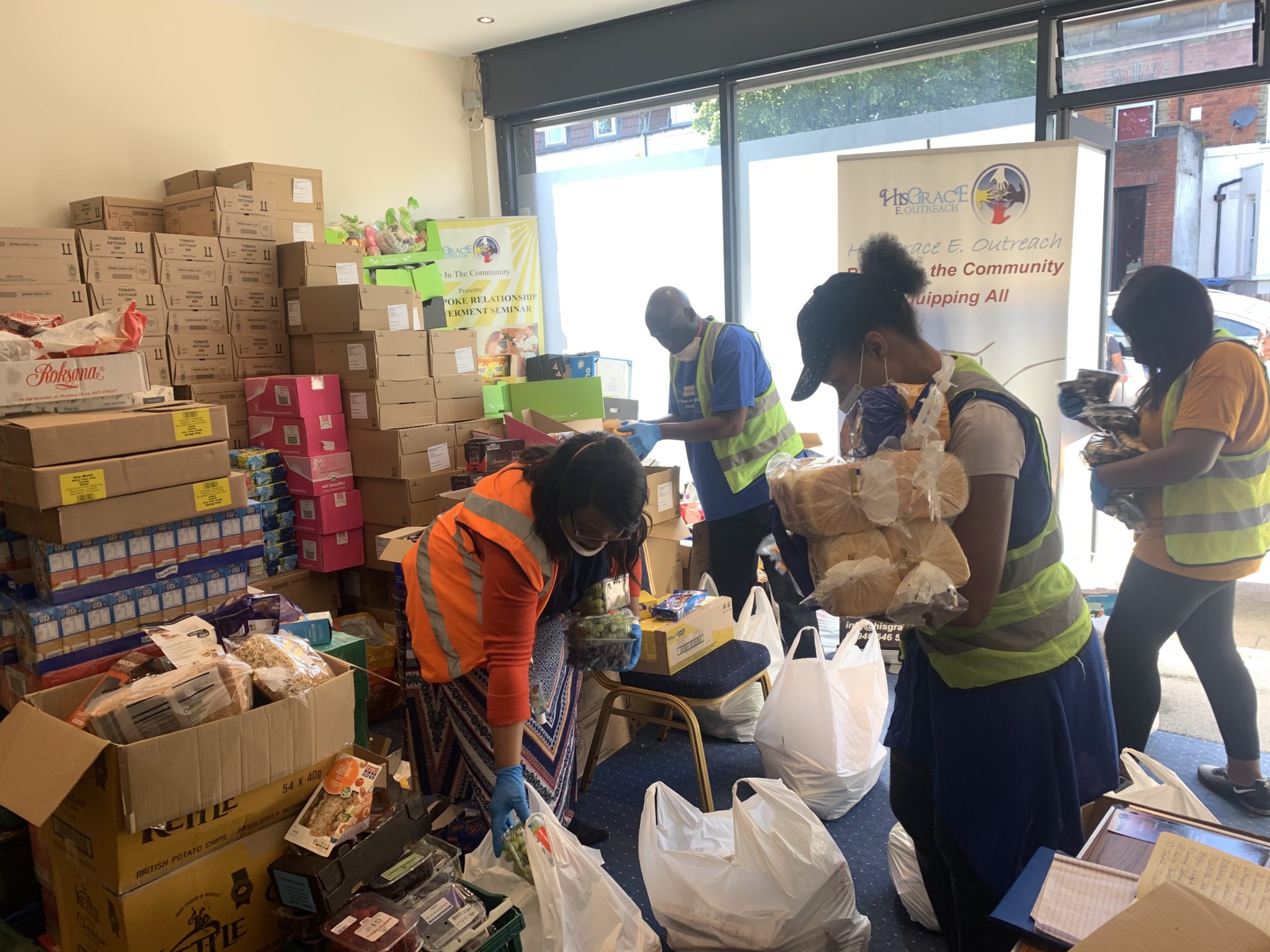 As many as one hundred people will queue for hours outside the food bank on Beulah Road because they haven’t got enough food to feed their families.

In March, His Grace food bank, was providing food assistance to 500 families. During the summer the numbers dipped but has now risen to almost 400  again.

Pastor Bola Thomas and her volunteers are exhausted after a year of feeding those in need. She admits: “It’s just become very tiring now, because it’s gone on for so long. I’m kind of afraid. It needs to stop very soon.”

His Grace tries to give families enough food for three days as a minimum but has been struggling recently. Pastor Bola Thomas said, “There is some kind of shortage going on because we’re not receiving as many donations. That’s not ideal but we just give them what we have.”

Many people in need are turning to His Grace food bank for help, including pregnant mothers, the young and the old and the food bank is even receiving referrals from MacMillan Cancer Support and people ‘transitioning from homelessness’.

Pastor Bola said: “People are queuing from around 11.30am even though we’re not open until 2pm.We try to discourage them from doing that but they’d rather stay there just to make sure. Sometimes we’ve got 100 people in the queue.”

Pastor Bola explained this lockdown has been particularly hard. They use to have five drivers who would collect supplies from about 14 supermarkets a week, but now they are down to just one.

Even before the pandemic the church operated a food bank once a week, serving around 100 people.

Pastor Bola explained that they encourage self-referrals because: “A lot of people fall into the net and they might need food for the next two weeks, and then they might be fine.”

She added: “What we are seeing  now are people that have lost their jobs and been made redundant. There are now people who used to donate to us that are now using our food bank. It really reflects our communities right now.”

She added: “I want to say ‘thank  you everyone’ from within the community that has stopped by His Grace and donated food to us.Thank you to individuals and to organisations that have donated to us. We still need more donations to stay open.”

THE FUTURE COULD BE LITTER FREE STREETS? 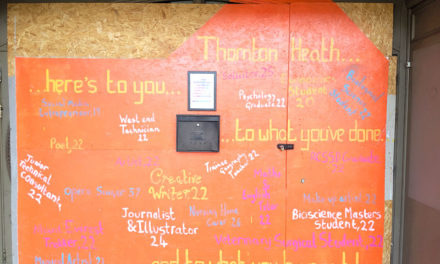 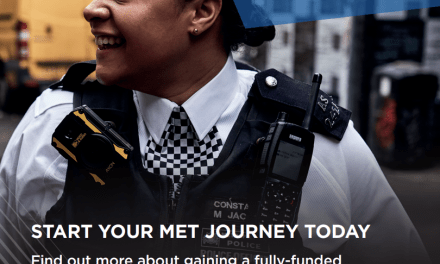