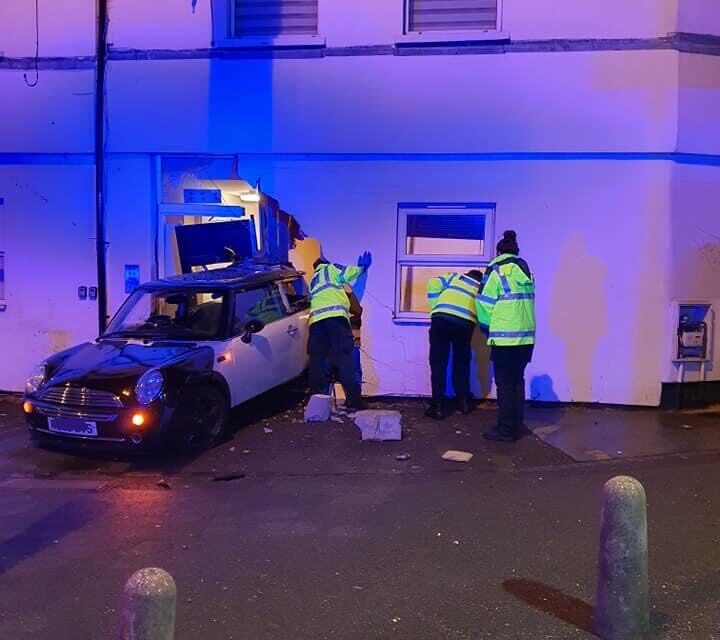 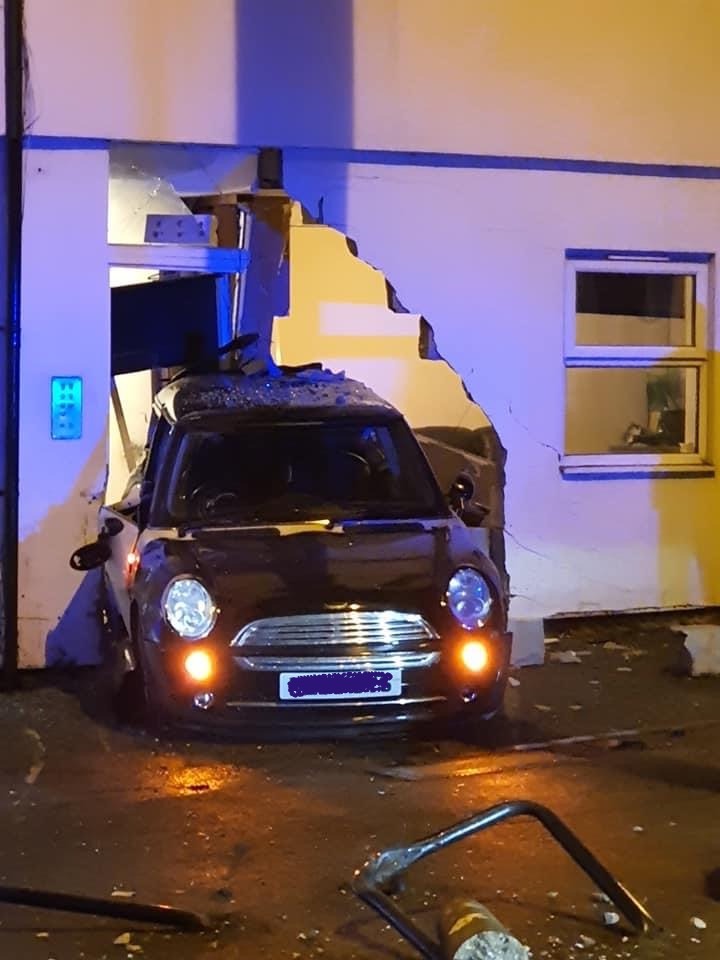 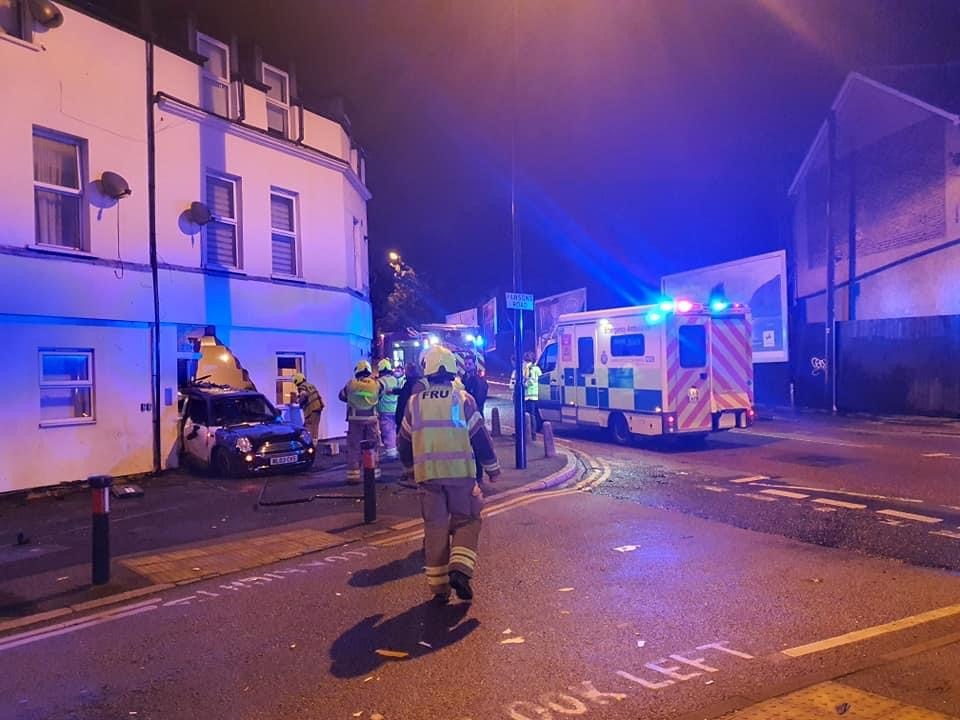 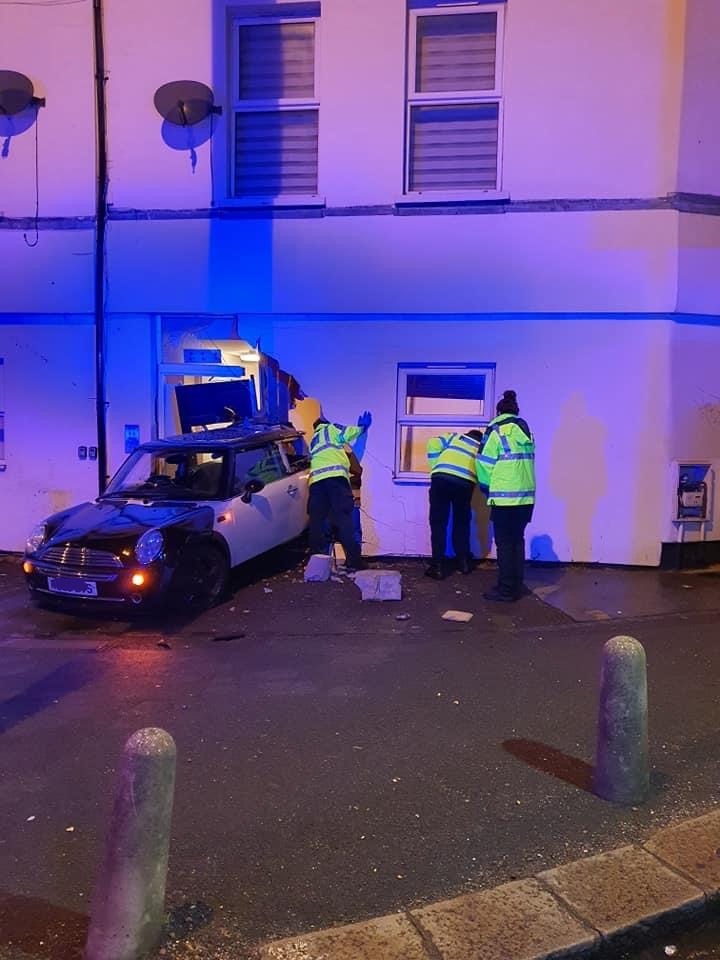 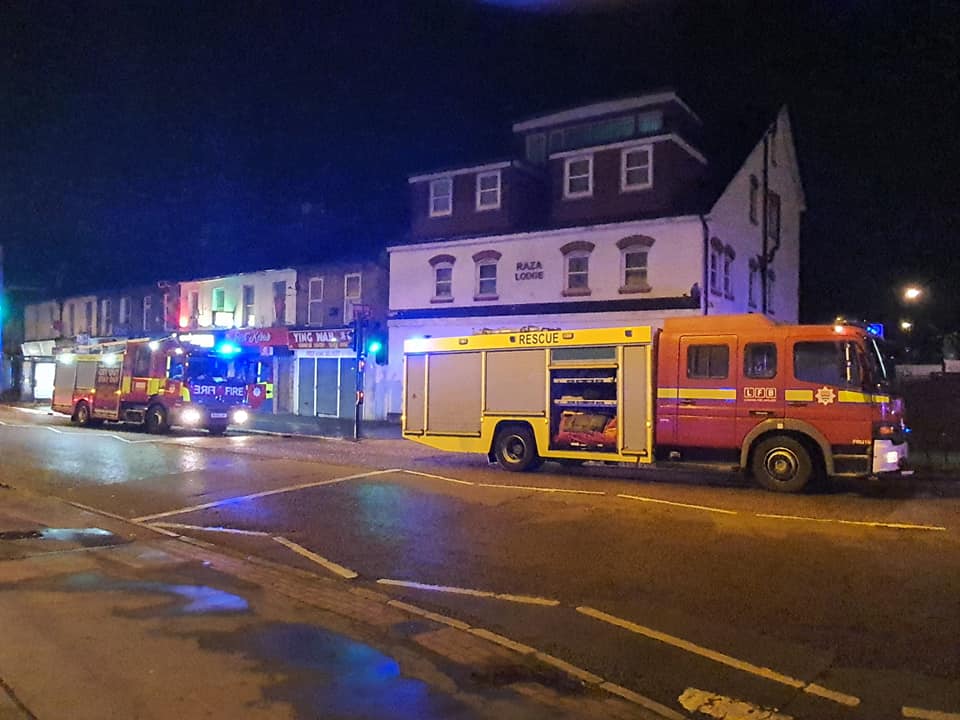 Police are investigating a dramatic crash which saw a car plough in to a house on a known accident black spot.

Miraculously, no one was seriously injured with the 25-year-old driver walking away unhurt from the third crash in the space of 12 months.

One man was rescued from a ground floor flat by firefighters and was treated at the scene by London Ambulance Service. Around 10 people left the building before the fire brigade arrived.

In this latest incident emergency services were called at 2:35am to Pawsons Road on Monday, (24 May) after reports that two cars, a Mini and Audi TT were racing each other on Whitehorse Road.

These dramatic pictures show a Mini embedded in the property which was converted from a shop in to housing.

Eyewitnesses reported that a car had spun out of control taking out bollards on the central reservation and on the footpath.

It then crossed the pavement and ended up coming to a stop in a reverse position in the first floor of this house.

The London Ambulance Service and London Fire Bridge  attended the scene along with police officers.

A police spokeswoman said: “The driver of the car, a 25 year-old man was treated by LAS for minor injuries.

“A resident inside the house was also treated for minor injuries. Enquiries are ongoing. No arrests have been made.”

Residents are now demanding action to reduce speed on this stretch of Whitehorse Road after the  series of night-time accidents.

In February a driver was arrested on suspicion of drink driving after abandoning a car in the early hours  when it partially damaged a house on the corner of Bensham Manor Road. In a separate incident another car lost control and damaged a fence.

Just a few metres away the shop front of Millers, “financial and property services” was damaged in a similar car accident in December 2019 but still hasn’t been repaired. 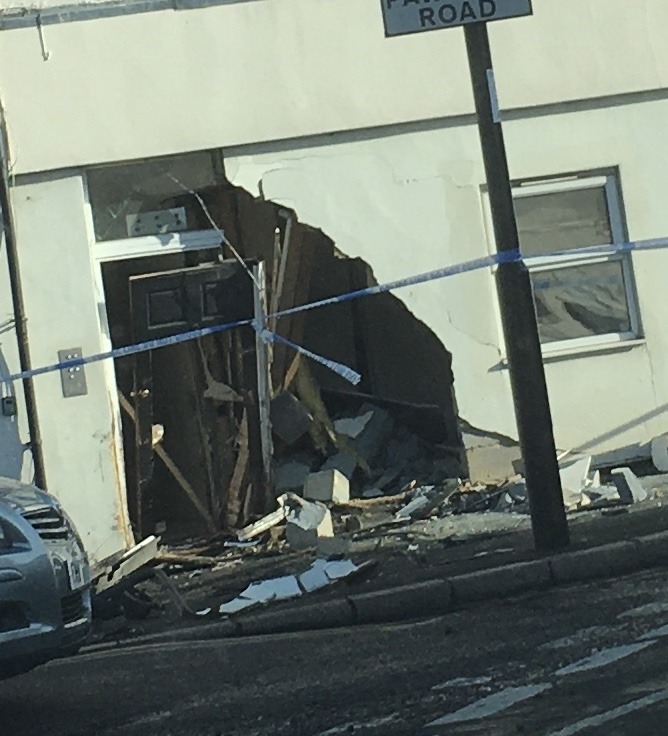