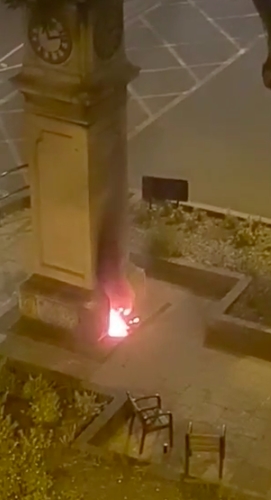 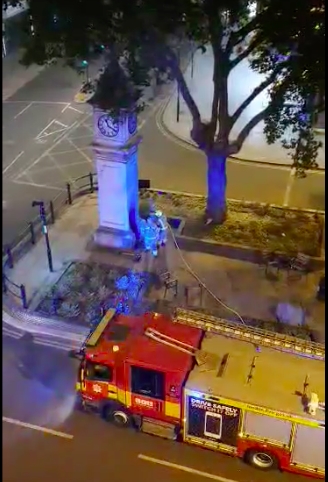 The fire brigade were called to tackle the blaze which was confined to the wooden doorway of the clocktower.

The area has been plagued by groups of street drinkers who gather in the seats next to the tower, which were installed as part of the recent council led regeneration of Thornton Heath.

Firefighters attended the scene  just before 11.20pm on Saturday and had to break open the door to eradicate the fire. Smoke damage can be seen to the base of the tower.

These pictures show the blaze before and after two fire engines arrived. Police also attended the scene.

Groups of drinkers had been hanging around the clocktower which is in the council designated No Drinking Zone, most of the day.

During lockdown a half hearted attempt was made to tape off the seats at the  clocktower but the tape was quickly removed.

Street drinkers have been arrested and fined for breaching social distancing but have continued to congregate.

Police say with limited resources, there are just three officers for the Thornton Heath ward, they are trying to be reasonable and fair but despite being offered housing the street drinkers ‘unfortunately …don’t seem to want our help and although fines have been issued its not a long term solution.’

Prior to the pandemic one persistent street drinker was issued with a Criminal Behaviour Order banning him from Thornton Heath but magistrates refused to issue a second CBO against another female drinker.

The clocktower has stood at the junction of Brigstock Road, Thornton Heath High Street and Parchmore Road since 1900.

It was built to commemorate the new century and cost £300, half of which was donated by mem­bers of the public.

The site on which it stands was formerly known as Walker’s Green and was suggested as a location by Councillor Addison, who wrote to Croydon Corporation with his suggestion.

Within two weeks of receiving Addison’s letter, plans for the tower had been drawn up by the deputy borough engi­neer and were approved by the Corporation which also agreed to meet half the cost of the project.

The stone structure soon established itself as a well known local landmark and became a focal point for Thornton Heath.

During the Second World War the tower stood defiantly in an area which suffered badly from enemy bombing. One high explosive bomb fell close by, destroying the tram lines in Thornton Heath High Street, but fortunately the clocktower escaped serious damage.

In April 1987, work began on an £8,000 facelift for the tower, which included the laying of new paving; the planting of flower beds; the installation of railings and the filling in of old underground toilets that stood adjacent to the back of the clock tower in Parchmore Road.

More recently, last year, it was cleaned and the area once again regenerated with new seating and planting. 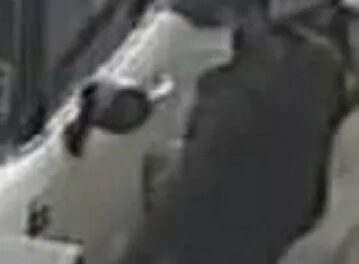