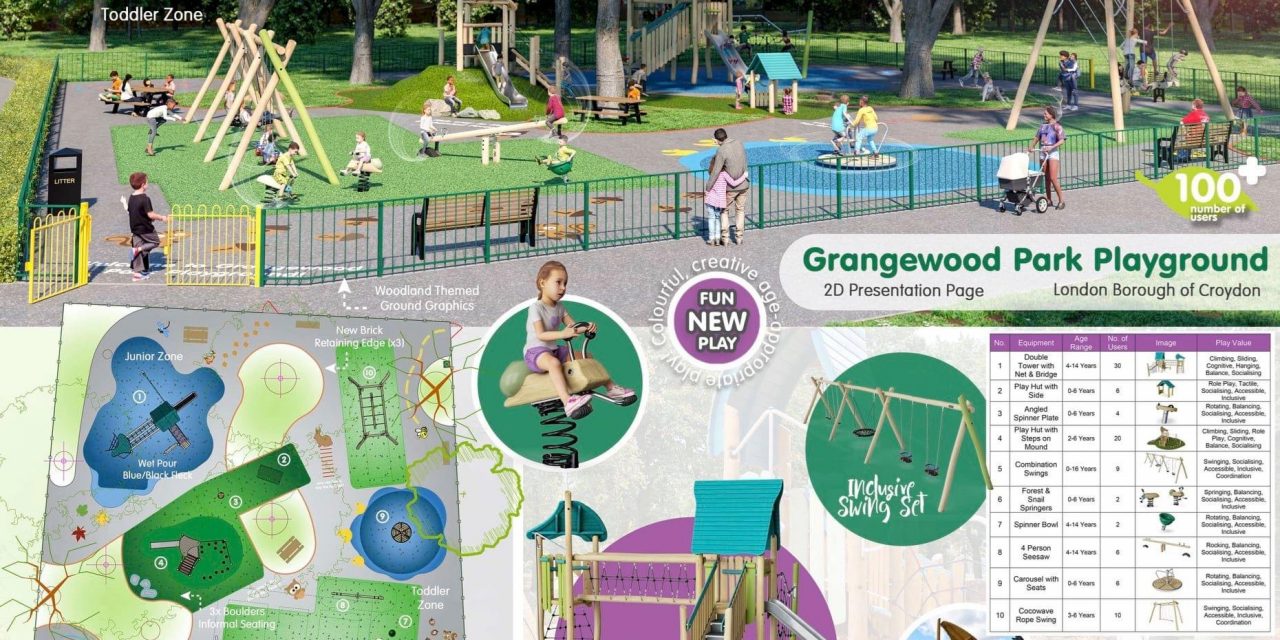 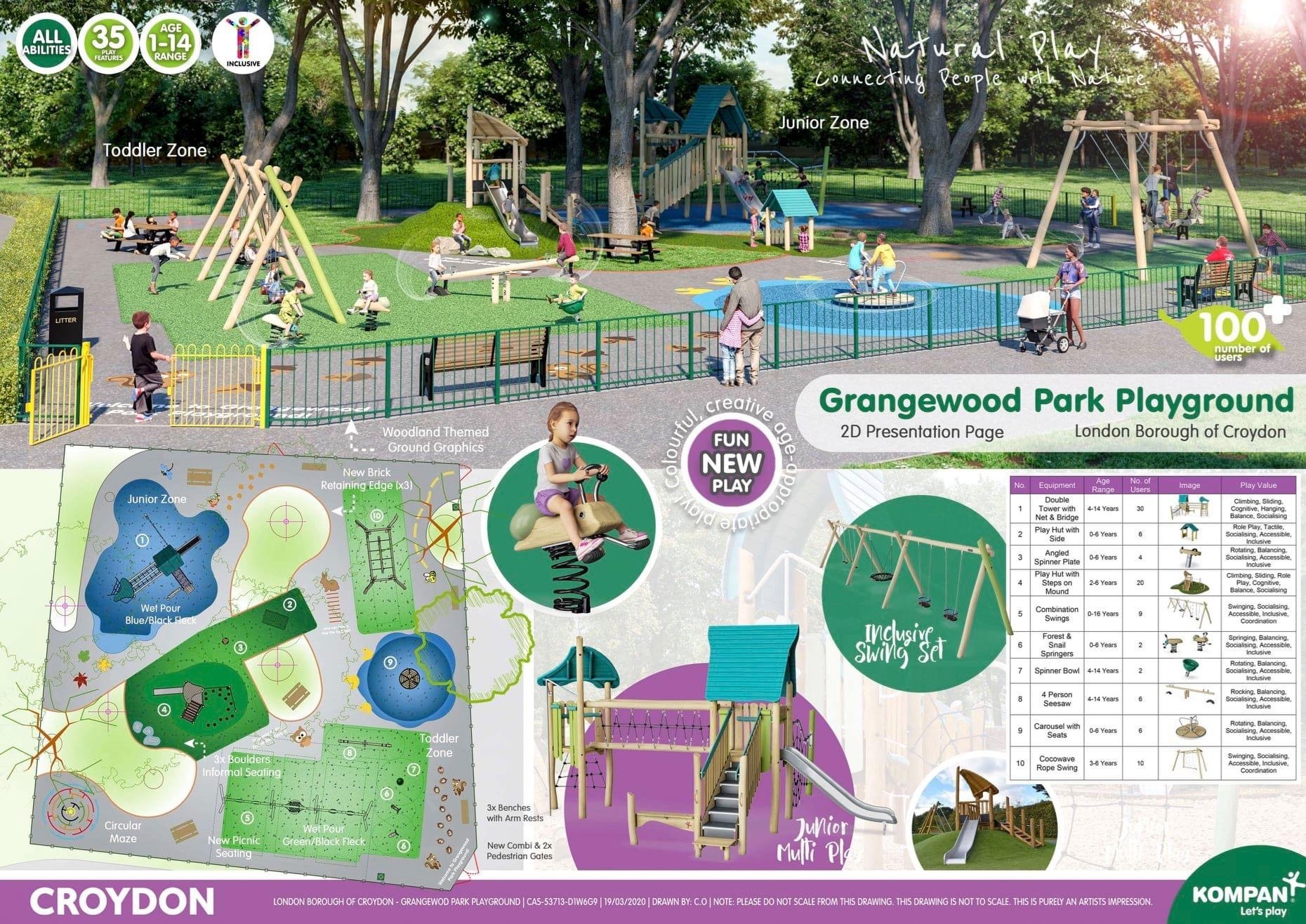 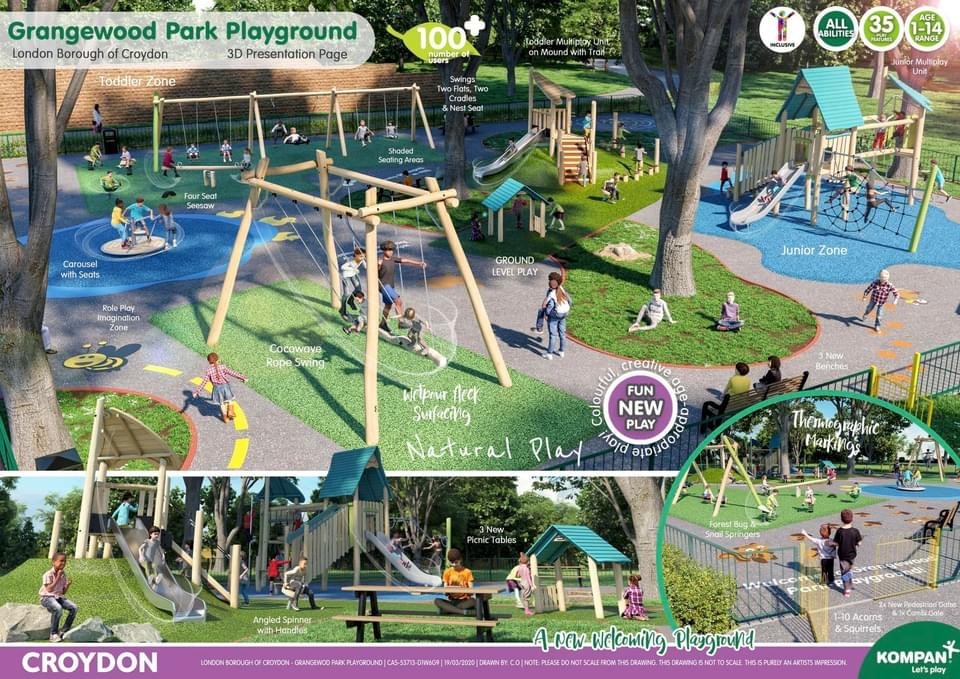 The long wait for a new playground for Grangewood Park is finally over. The council earmarked £99,000 to replace the playground which is over 40-years-old over 18 months ago but said they didn’t have the staff to roll out the project.

However, following our report of a protest by local children the project was accelerated and on Saturday (Dec 18) the first of two consultation sessions will take place in the park with parents and children on these proposed designs (pictured).

The Friends of Grangewood Park have been lobbying for years for the playground to be replaced as more and more bits of equipment were removed or boarded up because they are dangerous and the state of the playground has been regularly featured in The Chronicle.

The council has appointed Kompan who have over 50 years experience to deliver the playground project. The woodland themed design includes 35 play features with a separate toddler and junior zones for children aged to one to 14. The plan offers slides, a hut and bridge, swings, seesaw, a carousel, rope swing and also includes picnic benches.

The design also features thermographic markings on the floor of the new playground which will reflect the wildlife of the park.

Kompan are asking children to bring illustrations of what they might like to see, or draw a design on the day at either consultation days on December 18 or 21 from 10am to 1pm in the playground.

The best designs will be included on the playground floor. Kompan will also be providing goodie bags for children attending on a first come first serve basis.

Grangewood is the first of a series of run down playgrounds in Croydon to benefit from £275,000 set aside from S106, contributions paid by developers for the Playground Investment programme for the initial regeneration of three playgrounds including Northwood Road.

The parks department has been savaged by council cuts and previously said it would deliver the playground in spring and then summer 2020.

Parent Dan Green, had been complaining to the council about the state of the playground for some time but it was only when his three-year-old daughter was injured that the council responded to his emails

Sky hit her face when she slipped and fell while walking up the slide because there are no longer steps to climb up it.

He organised the protest which saw dozens of children and their parents turn out in support of the action. In the last couple of months a rope climbing frame was also removed but only after multiple complaints because two of the runs were broken and exposing sharp pieces of metal.

The Friends of Grangewood Park who have been campaigning for many years for a new playground wrote to Chief Executive of the Council Katherine Kerslake in December last year offering to take on rolling out the project which could been delivered within months.

The council said it was “committed to delivering” the improvements but this was dependent on recruiting an officer to do the consultation and procurement process but the pressure from the public and The Chronicle has paid off. 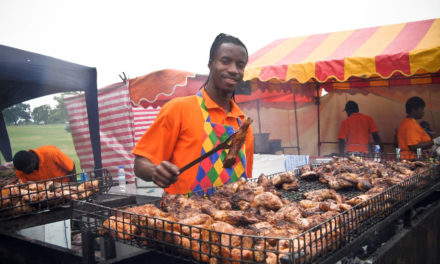 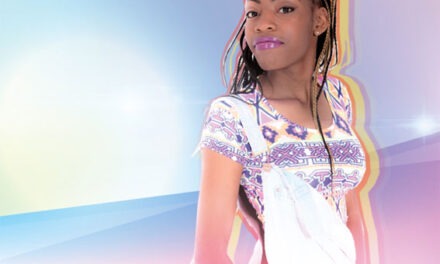 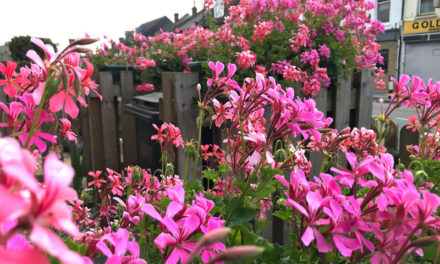 In Bloom winners announced on Wednesday