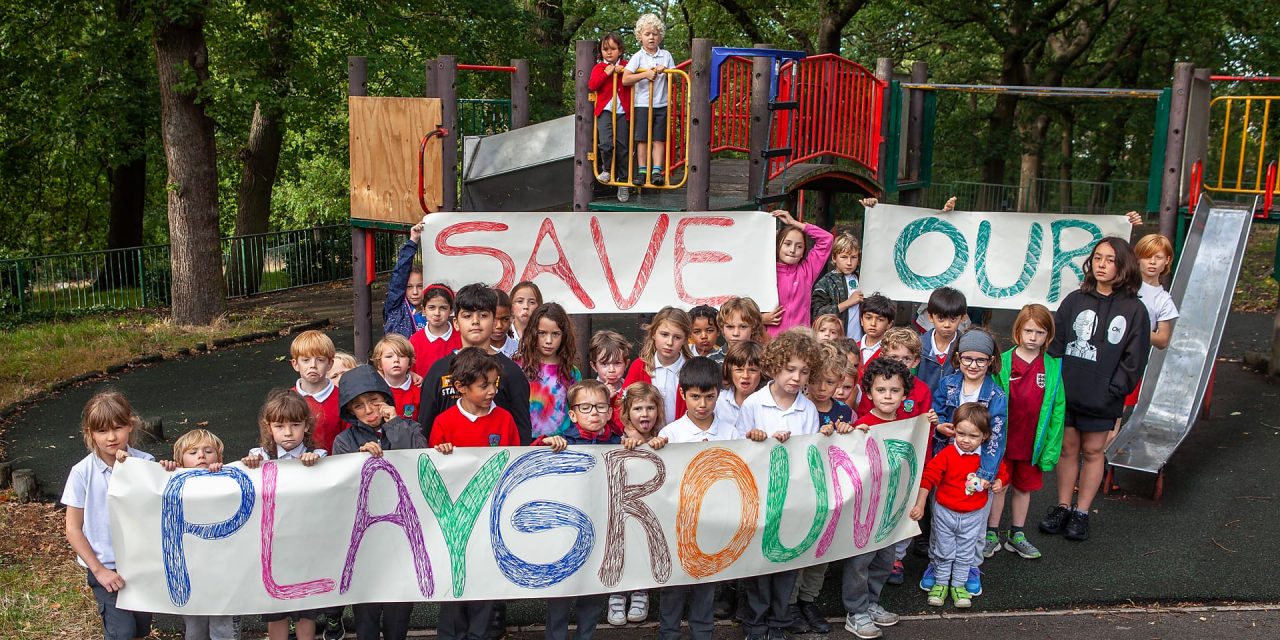 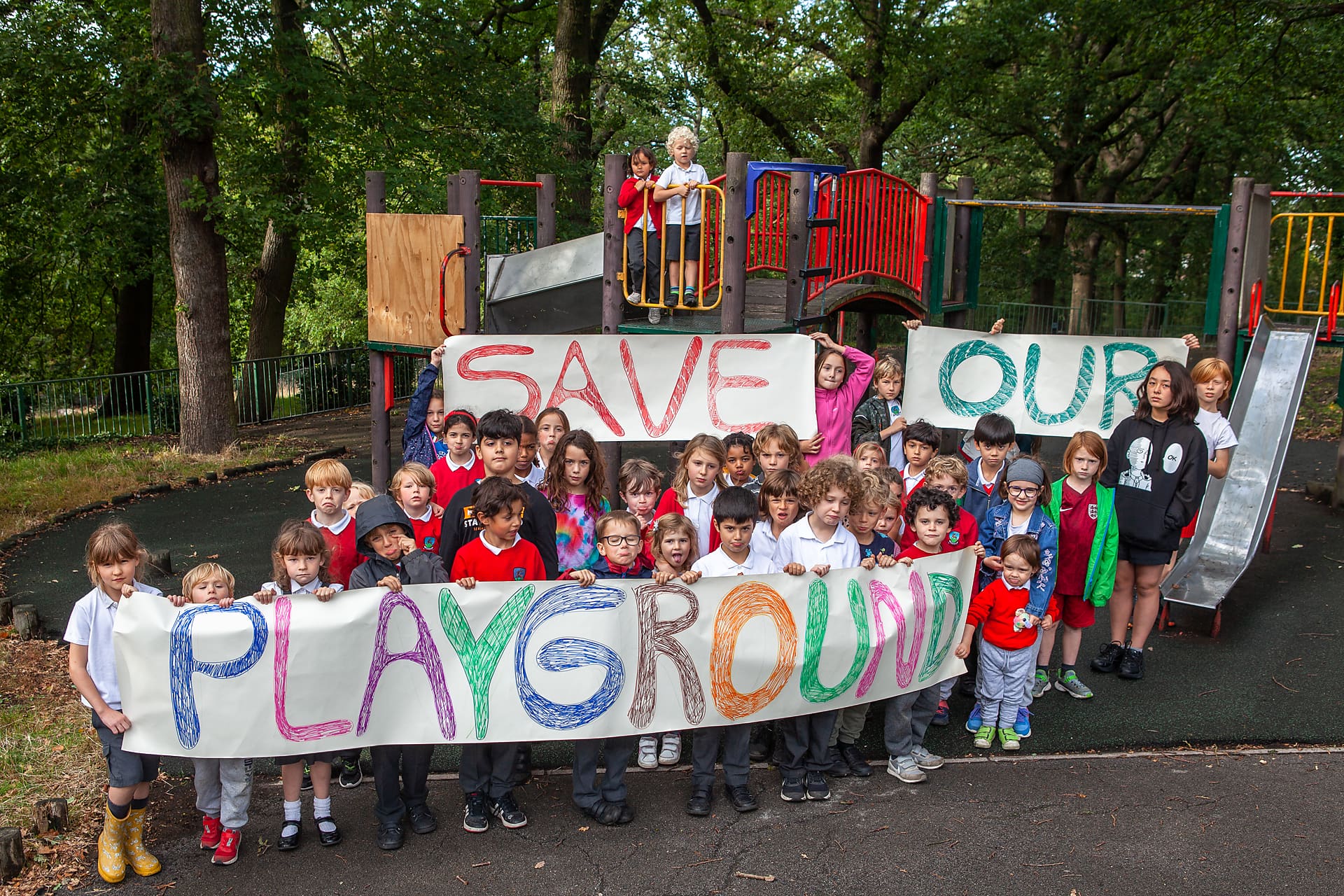 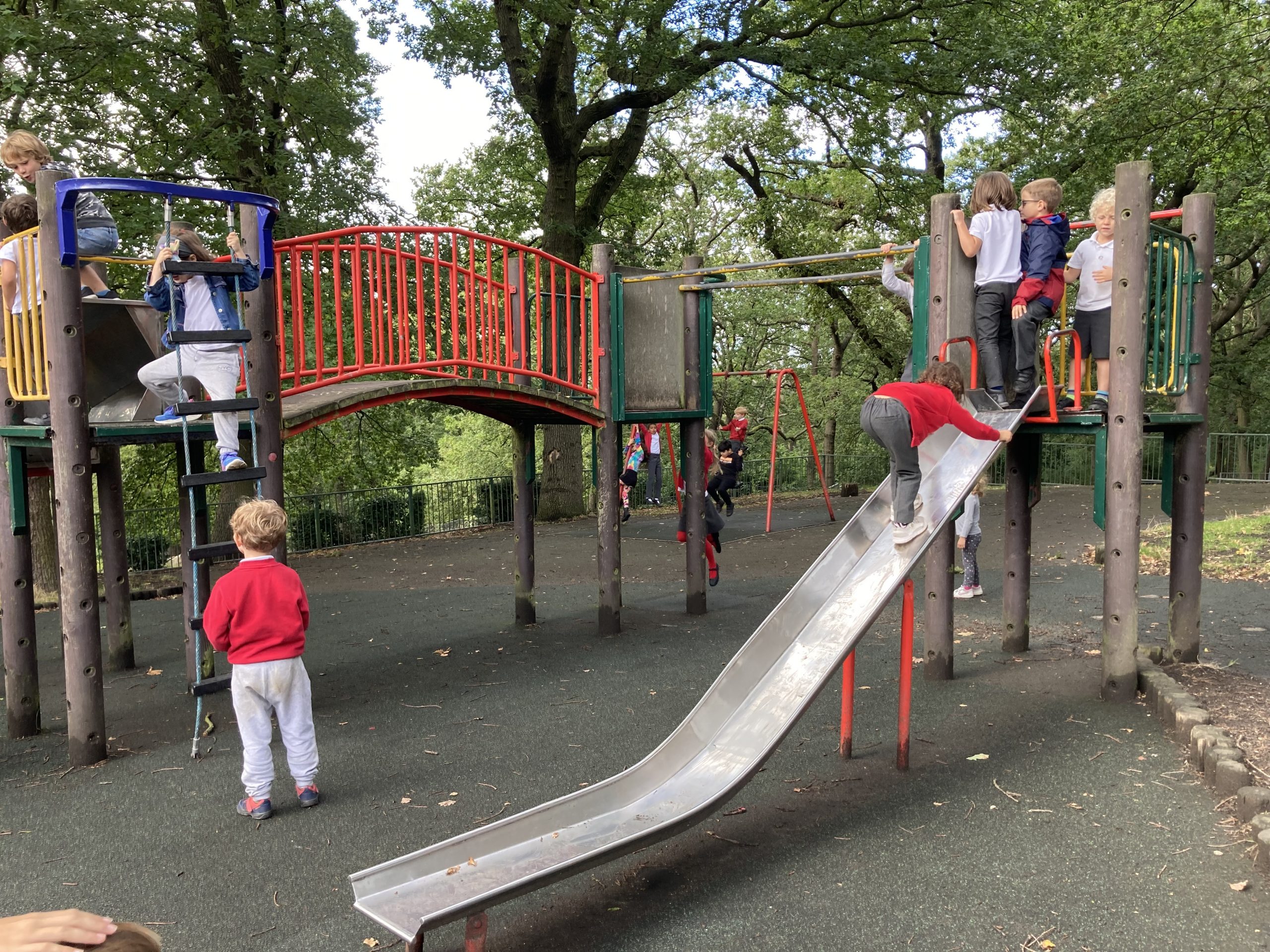 CHILDREN staged a protest appealing for Croydon Council to ‘Save Our Playground’ after a toddler was injured on one of the last remaining pieces of equipment in Grangewood Park.

The council earmarked £99,000 to replace the playground which is over 40-years-old over 18 months ago but say they don’t have the staff to roll out the project.

In the meantime more and more bits of equipment in the Grangewood Park playground have been removed or boarded up because they are dangerous.

Parent Dan Green, has been complaining to the council about the state of the playground for some time but it was only when his three-year-old daughter was injured that the council responded to his emails

Sky hit her face when she slipped and fell while walking up the slide because there are no longer steps to climb up it.

Dan said: “The way the council have removed the access to the slide, the only way to use it is to climb up the actual slide. Sky slipped and hit her face. Her mouth was bleeding. It was very frightening.”

He organised the protest which saw dozens of children and their parents turn out in support of the action. Within the last six weeks a rope climbing frame was also removed but only after multiple complaints because two of the runs were broken and exposing sharp pieces of metal.

The Friends of Grangewood Park who have been campaigning for many years for a new playground wrote to Chief Executive of the Council Katherine Kerslake in December offering to take on rolling out the project which could been delivered within months.

In the latest email from the council they have said they are “still committed to delivering these improvements” and aim to have a new playground delivered in “Spring 2022”, although this is dependent on recruiting an officer to do the consultation and procurement process.

The parks department has been savaged by council cuts and previously said it would deliver the playground in spring and then summer 2020.

Dad-of-two sons Spencer Brown, who lives on Ross Road said: “I think it is really depressing how they (the council) have gradually boarded it up and tried to make it so you can’t use it but you can any way so it’s dangerous and counterproductive. ”

Mum-of-two Melanie Ellison said “I definitely think if the council has got the money and there is support in community, then what can we do to make things happen?”

Ellie Winters, 12, held up a banner saying ‘I’ve been her for seven year’s  and ‘nothing changes,: while her father Grant said:  “We have all been screaming and asking them (the council) to do the playground and it has been one excuse after another.”

In a letter to The Editor of The Chronicle Vania Singh aged seven wrote: ” “The playground needs to be improved by getting a ladder up to the big slide and it could do with a repaint because the paint is crumbling off.

“We also need more equipment for the toddlers and in betweens like a sand pit. I think we can have a fun run to raise the  money we need to fix up the park.

“The park is very important because it’s 120 years old and people need it to get fresh air, walk their dogs and have fun!”

• £275,000 has been set aside from S106, contributions paid by developers for the Playground Investment programme for the initial regeneration of three playgrounds including Northwood Road. 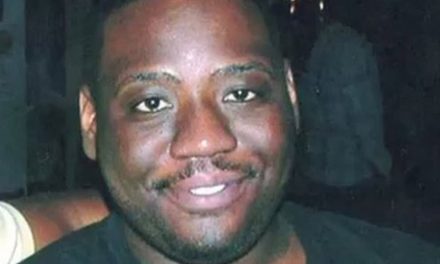 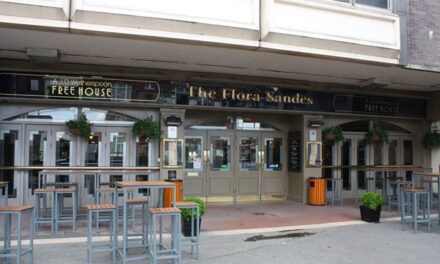 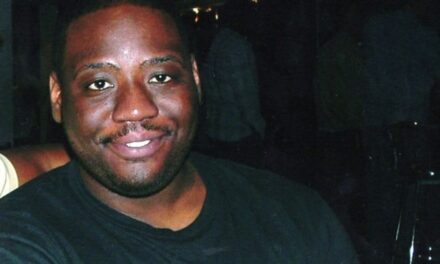 TENS OF THOUSANDS BACK SENI’S LAW