It is far to say that since the Christmas break things haven’t gone to plan for the Streatham 1st XV, who lost four games on the bounce finding themselves bottom of the table at the end of January.

To try and get out of this slump, captain Barney Barnes called a players meeting, with mentality the key takeaway along with ownership and commitment required from all those in the squad. What followed was testament to that conversation as Streatham-Croydon took, on Guildfordians, writes Freddy Green and Millie Ross.

The Bulls started brightly, running hard lines and testing the opposition defence. Ibrahim Campbell showed some brilliance as he sped past his man (and a few others) to score near the touchline.  Multiple phase play was implemented to keep the momentum moving forward and coupled with line breaks from forwards such as Jason Edwards, this was a bright start for the team.  After being awarded a penalty captain Barney Barnes went for three, and Harry Peddle comfortably slotted the points.

The second half began as the first ended, with scrum dominance giving the perfect platform for Harry to orchestrate his backs, sending former prop Charlie Pattihis crashing into his opposition man continuously, leaving the poor defender wincing. Streatham’s second try arrived after some dancing feet from Jack Kellaway to continue his surprising try scoring form, to take his tally to three for the season. During some pressure from the opposition in Streatham’s own half, the strong defence which has characterised this Streatham-Croydon’s team over the past few weeks was tested. With Streatham camped out on the opposition line, the forwards dominance in all areas of the game saw Mike Parker crashing over for a rare try.

The all-important bonus point try ended up coming 10 minutes later, as a clever rewind enabled Harry Peddle, who had demonstrated excellent kicking throughout the game to convert multiple tries, scoring in the corner. A proud Guildfordians team came back fighting with two converted tries quickly scored, with some of the Streatham faithful shifting nervously in their seats but The Bulls had done enough finishing 27-14.

This win was particularly important, as first team coach Matt Hawkes has been unwell with heart issues over the past 10 days. The boys wanted to repay the work he has done in his short tenure, and they did just that with the system he has painstakingly implemented coming to fruition. The whole club would like to wish Matt recovers well, and look forward to having him back on the training pitches. The men have five big games left in the season and will hope to build on the win to avoid relegation.

•The ladies have had a quiet start to the year, with the only league game played against an injury plagued Ashford who travelled to the Frant Road Fortress suffering a  121-0 defeat to Streatham-Croydon Ladies who now sit third in the table. 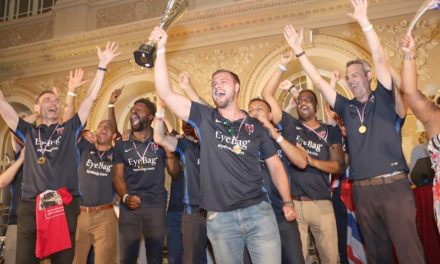 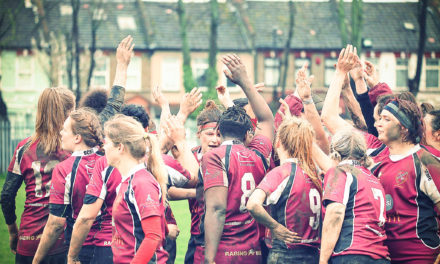