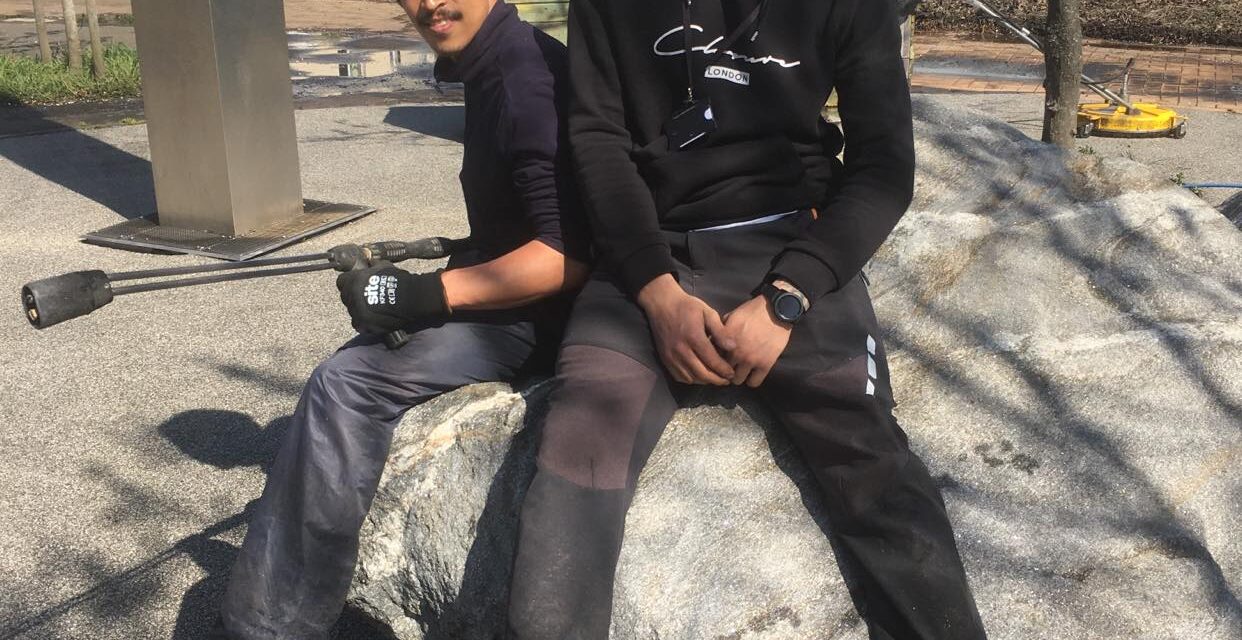 The Street triplets could have headed down a very different path but having learned a trade the brothers are now reaping the rewards of their honest hard work and giving back to the community they love.

The 28-year-old trio Chris, Callum and Jerrell Street ,who run We Clean Windows Ltd have transformed Thornton Heath Pond after giving their time for free to pressure wash the whole area to help out volunteers trying to keep the place clean and green.

Chris who left school with no qualifications having been expelled and sent to a Pupil Referral Unit, said: “We were naughty. We used to get in to a little bit of trouble with our mates like every other kid around Thornton Heath. We would just hang around not doing anything.

“Then one day we went out in the area and did a bit of cleaning and realised it was good money and people liked to see us doing good . They gave us tips and it seemed a good game to be in and we have not looked back …it got us off the streets.

“We set up together and started from scratch. We had to learn a lot. We have had hard times getting through it but now its going really well.”

They started with window cleaning in December 2015 and built up a customer base from word of mouth and soon were being asked if they could supply other services and turned their hand to pressure washing, gutter and roof cleaning, waste clearance and removals.

Chris said: “I am the type of guy who likes to do my own thing. I realised me having a boss wasn’t going to work. Lots of kids don’t like being told what to do they want to be independent. For me I needed my own rules, so if I made mistakes I would learn from them and have no one else to blame apart from me.

“We started from nothing …definitely something now. I am a lot happier in myself as I have accomplished something.

Chris spoke about how one of his friends is in jail and others who he grew up with have been caught up in knife. violence.

He said: “If you have no plans for the day, you don’t look forward to anything and day-by-day you get caught up in routines and bad habits. That could have been me. When I look at that and me in the situation I’m now really happy with myself.

“I love my area, I grew up here and it made me who I am today.

Now the triplets are paying it forward and have set up a company Gain A Trade and will be teaching practical skills to young people at a Pupil Referral Unit.

About The Pond, Chris added: “We are just sharing our skills. It’s not much effort to do the job as we enjoy doing our job. The area looks a bit run down to be honest but its only bad because no one looks after it.

“People hate Croydon and Thornton Heath because they think it’s the slums but it’s only because the council are doing nothing about it. They aren’t cleaning it. If you cleaned everywhere imagine what it would look like! Me as a company alone I know I can’t clean everything.”

“When we go to The Pond they were loving it saying it’s now a ‘nice vibe and energy’. It looks much better than the grey gloomy feel down there with beer cans everywhere and they have started to look after it.

“I told a couple of them that threw cans on the floor to keep it clean because we are not doing it for money and would ‘you rather chill out in or a nasty place or clean place? and they started putting the cans in the bins.”

“If people want to contribute by using our services we can do it more often as we will put 10 per cent towards expenses. At least then they are giving something back to keep the place clean.”

Our pictures show Chris and Jerrell at The Pond 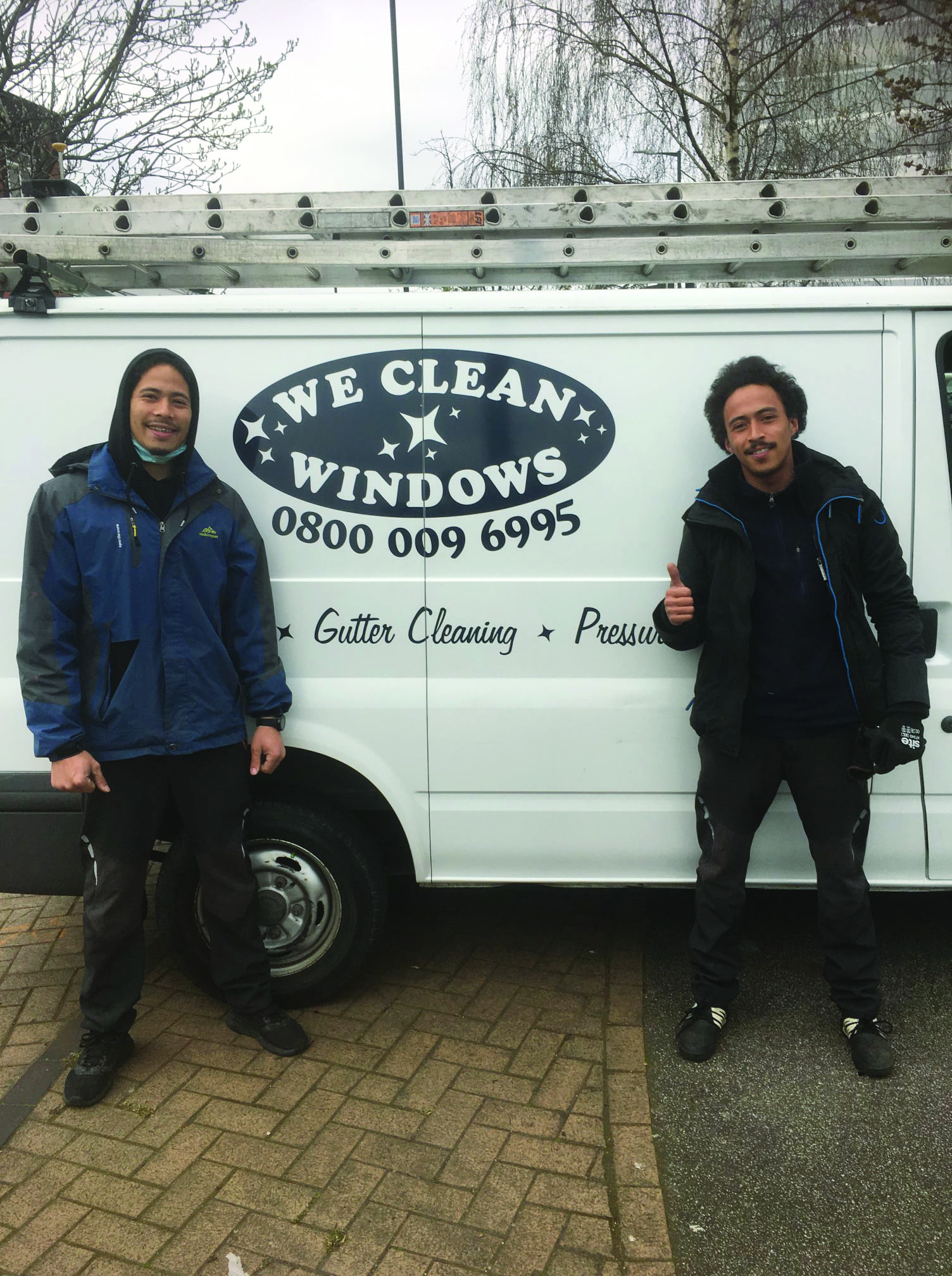 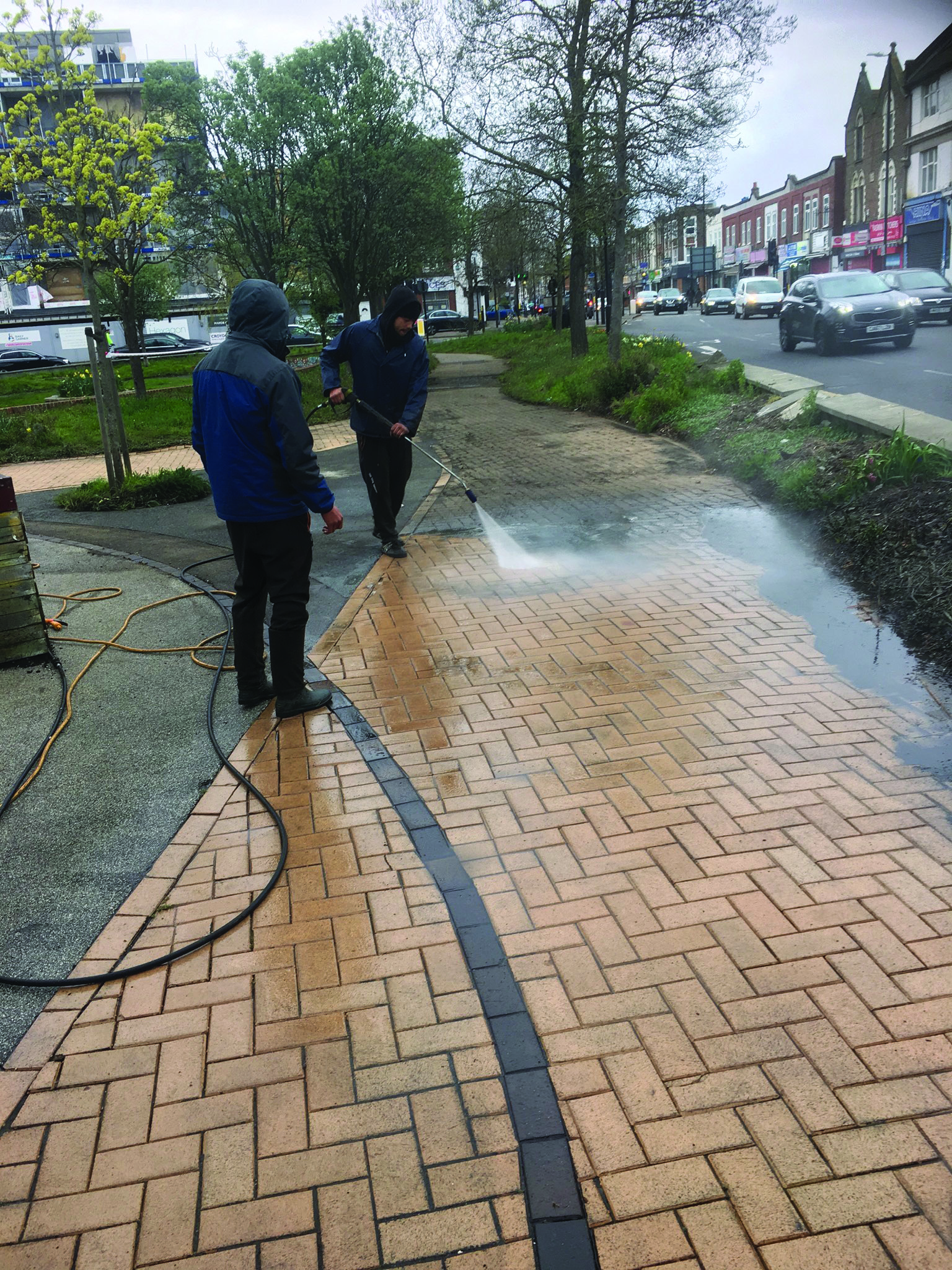 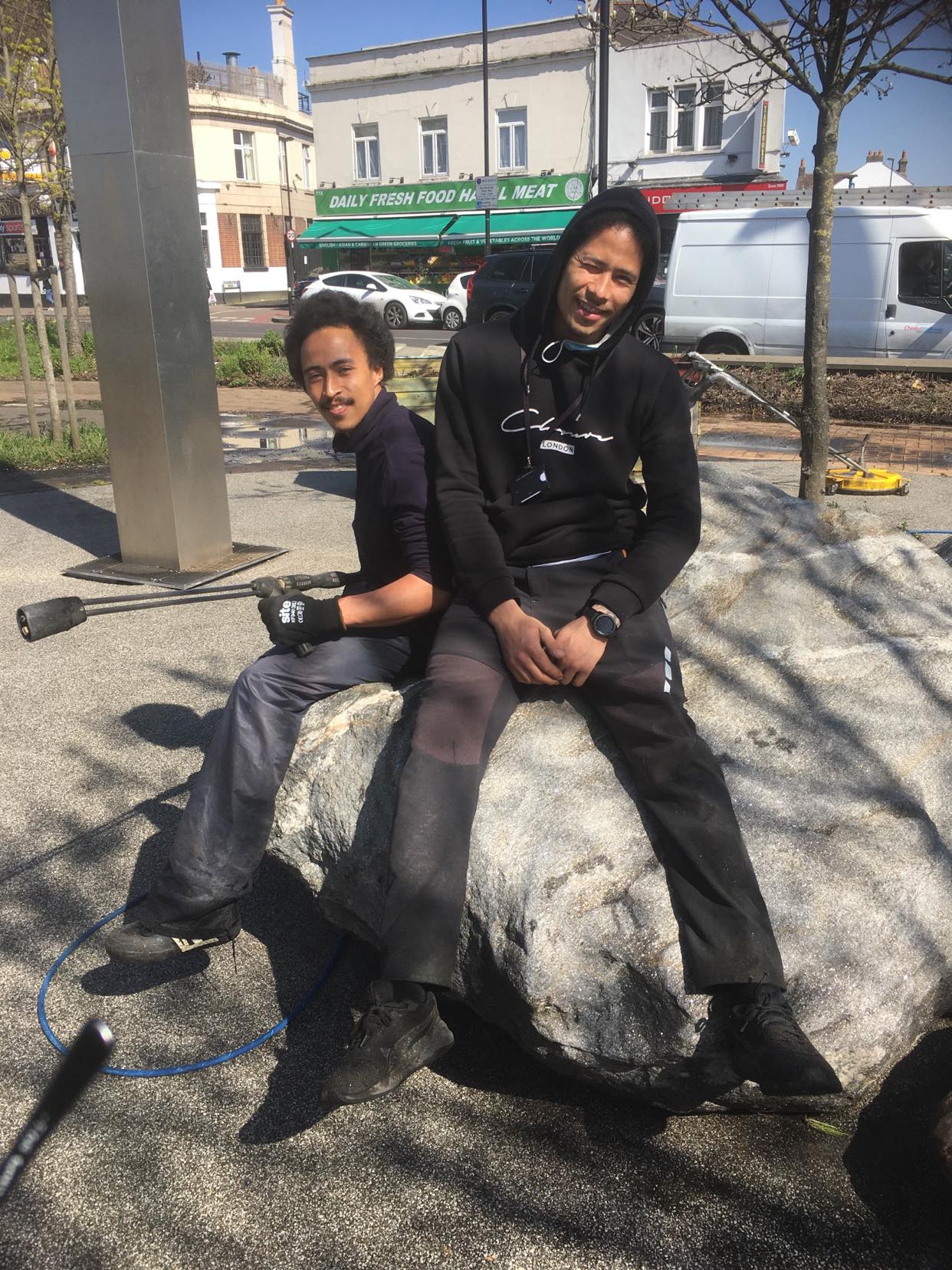 THE 525 COMPANIES THAT OWN CR7 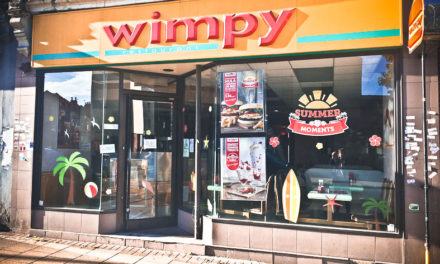 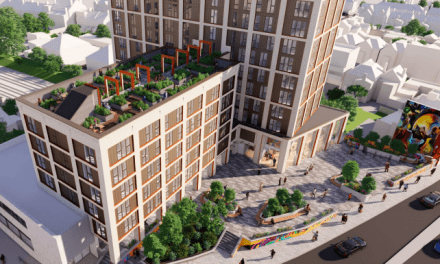